by Stephen Kalema
in National, News
15 0 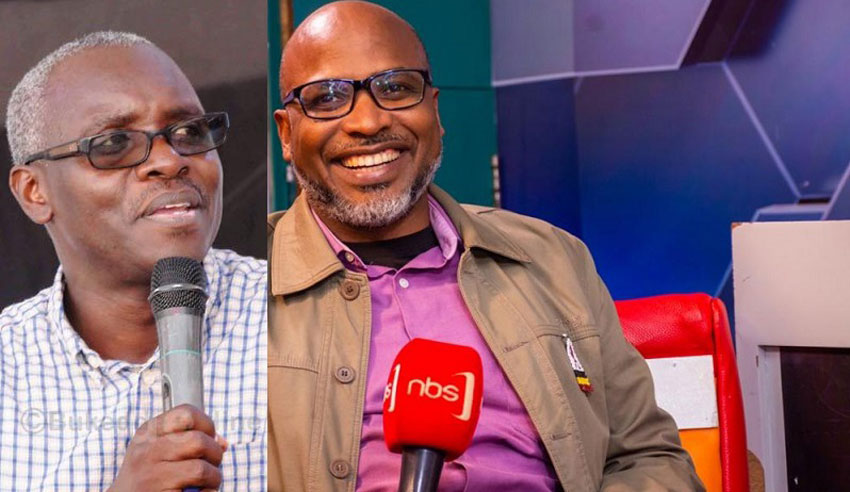 Pastor Martin Ssempa of Makerere Community Church has clashed with the Chief Executive Officer of Vision Group Robert Kabushenga over the COVID-19 donations.

It all started with Pastor Ssempa through a tweet asked Kabushenga to show what his multi-billion company has donated in the fight against COVID-19.

“Apart from collecting from other CEOs, has anyone on #UOT seen what kabushenga has donated to the #COVID19UG fund either as #NEWVISIONCorp @newvisionwire or as an individual donor? I am going over the list and can’t seem to see his contribution. Did he keep it secret?” asked Ssempa.

In response, Kabushenga asked Ssempa to concentrate on pornography because that is what he can do since it’s his calling.

“Maybe stick to pornography, your life’s calling and especially now that you have another 21 days. Should keep you stimulated. Leave the serious matters actually doing good for Uganda to those who are willing and able,” Kabushenga replied.

However, Kabushenga’s reply rubbed Ssempa a wrong way thus recording a 28 minute video lecturing the former on how to be civilised when it becomes to debating.

“I thought it was a good debate, but he replied me in an uncivilised way telling me that I should focus on my life with pornography, he also misinterpreted that as if am a consumer of pornography to try to make me look bad, which is really bad, telling to get 21 days of being stimulated it was totally disgusting to come from you a whole CEO.,” Ssempa said.

Ssempa added that Kabushenga being a mukiga does not necessarily mean to insult someone who has asked for accountability.

“Could you stop abusing people, could people also stop abating this bad character that someone from Western Uganda can speak crudely and abuse people. My question was clear asking whether Kabushenga has really donated anything or he is just a Ssemyokozo showing off around,” he said.

Ssempa said that there is no reason Vision Group can give for not donating towards fighting Covid-19 because for years they have been making money and profits.

“Over the last 10 years New Vision as cooperation has been making good money in 2010 they had 390 per cent profits and this year’s quarter they have gone up 40 per cent and they have shareholders, we need to make sure that these people are held accountable, Kabushenga own Rugyeyo farm where he shows off his banana, he can give out like 500 bananas, Kabushenga is a symbol of a certain class and we know they can give but they have kept quiet yet the poor are giving in.”

OPINION: Bank of Uganda rot exposes the extreme incompetence, lack of strategic foresight by its leaders