by Stephen Kalema
in News
15 0 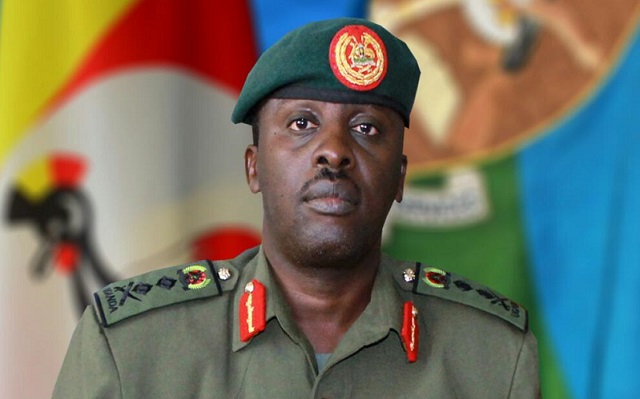 A 14-year-old girl in Kapchorwa district was hit in the neck by a stray bullet as police enforced presidential orders.

The victim known as Sandra Chemutai was hit by a bullet which was shot by one of the security operatives who were enforcing lockdown directives to curb the spreading of coronavirus.

According to Fredmark Chesang, the Sipi Region Police Spokesperson, they received reports from local leaders that some residents were defying government directives on the prevention of the COVID-19 pandemic.

This forced the Resident District Commissioner Emma Cherukut, together with three UPDF officers, and Local Defence Unite personnels to carry out the operation aimed at enforcing all directives of the President. However, according to Chesang, they faced resistance from the local people who were charged.

“The residents had erected a roadblock to Kapchorwa Municipality which forced the security operatives to fire in the air to disperse the rowdy residents but one of the bullets hit Chemutai,” said Chesang.

Since the first presidential orders on 18th last month, the rate at which the army, Police and the LDUs are violating the rights of the citizens is increasing every day despite the warnings by the top authorities.

Last week, the Commander of Defence Forces Gen Muhoozi came out and apologised to old women who were whipped by LDUs in broad daylight.

However, Police spokesperson Fred Enanga has asked the public to note the names of the Police officers involved and report to them and will be dealt with lawfully.

Geoffrey Tumusiime: A youthful lawyer ready to face off with Ssekikubo, Kabasti in Lwemiyaga Parliamentary race

Lawyer Geoffrey Tumusiime is a new political entrant ready to give his fellow contenders for Lwemiyaga County Parliamentary seat a...

God is a phone call away in Zimbabwe, Pastor ‘calls’ HIM in Church