by watchdog
in National, News
14 1 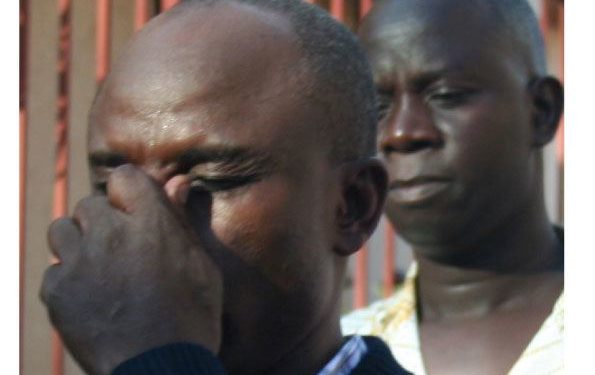 The Constitutional court has ordered city businessman Hassan Basajjabalaba to refund to government all the money that was illegally paid to him as compensation for losing the tender to manage city markets and Constitutional Square.

In a majority decision of 3-2, the judges said the money to be refunded by Basajjabalaba and his six companies shall be ascertained by the High court which will determine how much he is supposed to refund.

The majority justices; Kenneth Kakuru, Elizabeth Musoke and Geoffrey Kiryabwire ruled that the acts of Bank of Uganda and the then Finance minister Syda Bbumba of issuing out guarantees and letters of comfort in favour of Basajjabalaba and his companies to four commercial banks was inconsistent with the Constitution of Uganda.

The commercial banks are; United Bank of Africa, Orient bank, Bank of Baroda and Tropical bank. The judges went ahead to declare that the contracts and leases given by the then defunct Kampala City Council (KCC) were illegal having been executed without the attorney general’s consent, and that the KCC did not have the basis to lease out public green space like the Constitutional Square.

Although two of the majority judges Musoke and Kiryabwire stopped short of declaring the transactions illegal, Kakuru, in his judgement attached consequences for the banks for having been found in contravention of the Constitution.

Kakuru adds that the money wouldn’t have been lost had the commercial banks excused themselves from such an illegal involvement. Kakuru who led the panel says that the commercial banks individually provided Basajjabala with the key to the national treasury by providing him with the password to the safe, adding that without them, this money would never have been lost in the first place.

The other two dissenting justices; Cheborion Barishaki and Stephen Musota disagreed with the majority judges and dismissed the petition on grounds that it did not have merit because it reportedly contravened with parliament and some constitutional provisions.

Basajjabalaba was dragged to court by Legal Brains Trust in 2012 on allegations of using government officials, Bank of Uganda and four commercial banks to facilitate theft of Shs 142 billion from the Consolidated Fund. Apart from Basajjabala, the petition was also filed against 19 other respondents.

The matter arises from between October 2010 and April 2011 when Basajjabalaba and his five companies using guarantees issued by the central bank obtained $65 million (Shs 238 billion) from the said commercial banks but failed to pay back the loan.

Basajjabalaba had been guaranteed the loans in question on allegations that he demanded government money in form of compensation to cater for losses caused to him as a result of the cancellation of contracts he had signed with the defunct KCC to develop markets.

The businessman was reportedly meant to manage and develop markets including Shauriyako, Nakivubo, Nakawa and the Constitutional Square, but the same contract had allegedly been entered without the advice of the attorney general.

Following this, a committee was set up to verify Basajjabalaba’s claims against the government and it was found that his claim was worth only Shs 54.7 billion.

However, Basajjabalaba was not satisfied with the money and appealed to President Yoweri Museveni who also directed the then attorney general Makubuya to handle the matter expeditiously.

Accordingly, Makubuya suggested that Basajjabalaba gets compensation in the tune of Shs 142.7 billion and another pay off amounting to Shs 29.9 billion for Nakawa market yet it had never been part of those markets he had been contracted to manage.

As a result, Legal Brains Trust challenged the procedure leading to the compensation citing that it was fraudulent and demanded that Basajjabalaba and 19 other respondents refund the money in question. The petitioner argued that the respondents conspired to commit corruption since the transactions were erroneously made.

Ssemakadde said that they are going to appeal against this decision of the two majority judges having failed to make any consequences to the four commercial banks that facilitated the unconstitutional transaction.

“The judgement delivered is too little too late. It depicts the lukewarm attitude towards the judiciary in combating corruption. There is no explanation why two judges; justice Kiryabwire and justice Elizabeth Musoke have found that four commercial banks facilitated an unconstitutional transaction for private gain and they have not proceeded to impose a sanction against those banks. This is merely a declaratory slap on the wrist on the most elite actors who facilitated the siphoning of public funds. The judges have looked away, the majority has looked away so the Constitutional court has failed the first test case for asset recovery in the public interest. They have dealt with this case as if it is business as usual,” Ssemakadde said.

Basajjabalaba and his companies were represented in court by a team of city lawyers led by Caleb Alaka who declined t speak to the media.