by Mubiru Ivan
in National, News
63 4 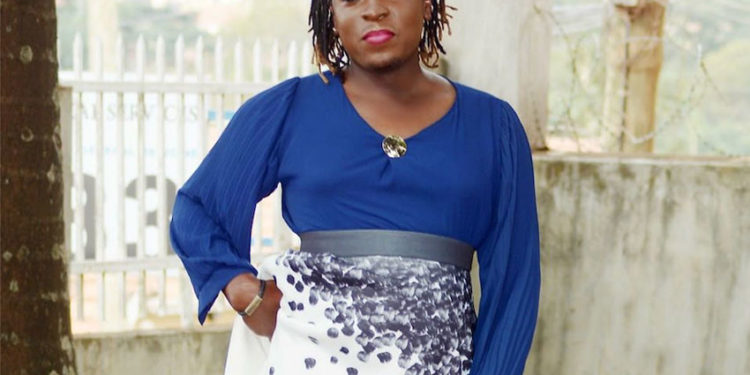 Police is on a hunt for renowned homosexual Keem Love Black for drugging and raping a male music promoter identified as Ali Luvie Luvie [Facebook name].

It all started a few days ago when the self proclaimed transgender ‘woman’ through his Facebook page claimed that the music promoter stole his Apple Macbook laptop.

“If you see him selling a laptop please don’t buy. Any information about him inbox pls. He is wanted for stealing a Macbook laptop,” Keem posted.

Following the allegation, Ali has come out to defend himself on why he took Keem’s laptop.

He says Keem invited him to a party at his home, little did he know that the former was planning something evil against him [Ali].

“I found six men at your home. You introduced them as your friends. You gave me a drugged drink and within 20 minutes, I blacked out,I don’t know what happened next,” Ali alleges in his Facebook post.

“When I regained my consciousness, I was naked in the middle of Keem and his six friends who were also naked. I felt an intense pain in my butt. It was oozing blood.”

Ali further says that when he asked Keem why he had to do something like that, he said he had always wanted him but he [Ali] had refused to give him a chance.

“When I asked for money to go for treatment, Keem just told me that I should use the money he has been sending to me. What I did was to take the laptop and told him that he would look for me.”

Ali also notes he is a straight man with a wife and kids.

The victim says he has already reported the case to Wandegeya Police Station and that they are already in search for Keem.

Keem Love is yet to respond to the allegations.