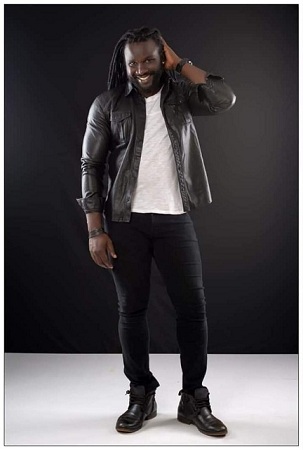 Cinderella Sanyu alias Cindy has been in the news recently because of her beef with fellow singer Sheeba and, well her  sold out concert at the Cricket Oval in Lugogo.

And now that the Boom Party concert is done, we can exclusively reveal that the musician, also known as ‘The King Herself’ is engaged.

Word has it that Cindy has been seeing seasoned actor and model Joel Okuyo Atiku Prynce.

This after the Battle of the Souls actor went down on one knee and surprised Cindy with a proposal to which she screamed ‘yes.’

Besides acting, Prynce, once labeled Okuyo Africa’s Brad Pitt, is also a photographer and lecturer. He graduated from Uganda Christian University with a Bachelor of Social Work and Social Administration.

His film acting breakthrough came when he was cast as the Devil’s reincarnation in Ugandan director Matt Bish’s 2007 Film Battle of the Souls.

He has since starred in The Mercy of the Jungle’, ‘The Bad Mexican’, ‘November Tear’, ‘I am Slave’ and more recently, ‘Kony: Order from Above’.

Born in Arua on December 4, 1983 to Major Gabriel Francis Atiku and Yema Drakuru Atiku, his debut villain role won him over five international accolades including Best Supporting Actor at the Balafon Film Festival in Bari, Italy (2008) and 2009’s Best Actor in Supporting Role at the African Movie Academy Awards (AMAA) in Lagos, Nigeria. Other awards include Best Actor at both Ubuntu Village, Colorado (USA) in 2010 and the 2011 Zanzibar International Film Festival [ZIFF] in Tanzania.

Only nudity, nothing else – fans blast Cindy Sanyu over her ‘shaming’ dress code 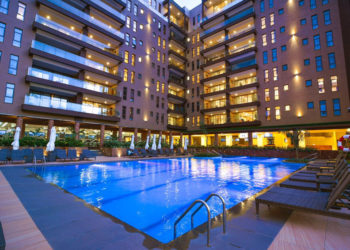 Speke Apartments Wampewo has installed sanitizing booths as one of the measures to control the spread of coronavirus. Sajeev Kulangarath,...