by Mubiru Ivan
in News, Politics
26 1 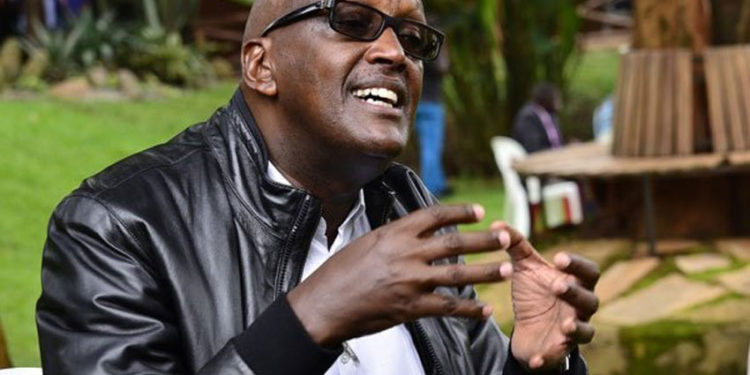 The Uganda Police have confirmed that Lt. Gen. Henry Tumukunde will be charged with treason. The former security minister and now Presidential aspirant was arrested Thursday night.

Police said in a statement on Friday morning that the arrest follows “his utterances in a series of radio and television interviews, which seek to foster hatred that might lead to inter-community violence, fomenting and glorifying violence in general.”

Police also fault Tumukunde for calling on a neighbouring country (Rwanda) to support him in removing the current leadership (National Resistance Movement) with or without the ballot.

“He (Tumukunde) is, therefore, being charged under Sections 23 (2) b and 23 (3) b, of the Penal Code Act, which deals with instigating persons to invade the Republic of Uganda and inciting any persons to make a mutinous assembly,” says Police Spokesperson Fred Enanga.

While appearing on a television talk show last week, the retired army general said this was the right time for Rwanda to support someone who wants to cause a change in Uganda.

Tumukunde claims that this would in one way solve the impasse between Rwanda and Uganda.
He was answering a question on how he would deal with the Uganda-Rwanda border tensions if he was president.

“An impasse! I hope we are following the same developments on this issue. However, if I was Rwanda, I would support anyone who wants to cause a change in Uganda,” Tumukunde said.

Tumukunde also said he was willing to work with anyone who wants to cause a change in Uganda, including the other presidential aspirants and different opposition parties.

“I will work with anyone who is interested in change. What I want to stress is that presidents can be removed and we have living examples all over,” he said.