Panic as Chinese suspected of having coronavirus quarantines himself in Arua 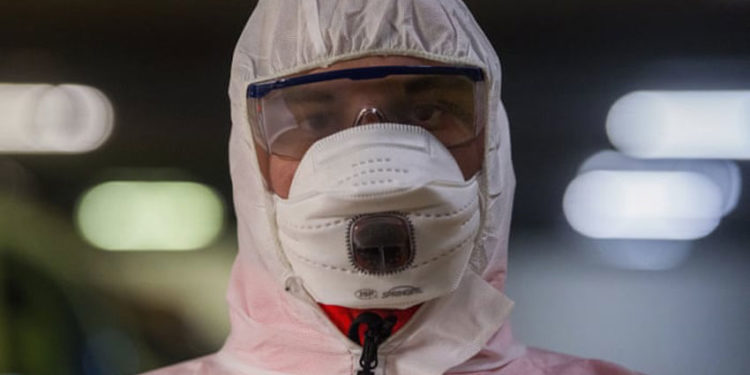 Workers at a hotel in Arua town were forced to alert security on Wednesday after reasonably suspecting a Chinese national who had checked in, of having coronavirus.

It has been established that the Chinese,whose identity has been withheld, had traveled to China for leave but on return, his colleagues at the construction company -CICO, where he works, found it risky staying with him, suspecting he could have returned with the deadly virus that has so far ravaged their mother land. As such, they asked him to keep in solitary confinement for 14 days to guarantee their safety.

He was then driven to a hotel in Arua where he was checked in by the workers who didn’t know he had just returned from China.

According to information obtained by this reporter, shortly after his arrival into the country from China where he had traveled for leave, the Chinese national called up the company driver to pick him up from Entebbe International Airport.

The workers however discovered that their Chinese guest is in isolation when his colleagues sent him food and protective gear. The hotel alerted security, who in turn asked the District Health Officer to assess the situation.

“We were informed by his colleagues and we have been aware of his coming. Yesterday, we met him physically at the hotel, talked to him and agreed with him to self-quarantine until March 24, when we shall be able to clear him,” he said.

Dr Drileba said they had asked the Chinese national to keep in his room for 14 days, saying they will assess his health status again to clear him.

The terrified hotel staff wanted the guest to check out for fear of getting infected by the virus. There were also fears at the hotel that the public was likely to shun the hotel in fear, insisting that the continued stay at the hotel by the Chinese would affect their business.

Ms Alice Akello, the Arua Deputy RDC said they are considering to transfer the Chinese national to another place due to pressure from the hotel.

“The hotel owner feared that his business would be shunned by the people and requested us to transfer this Chinese national, we are still discussing that,” she said.

Coronavirus, which broke out in China in in December has so far claimed over 5,000 lives and spread to over 20 Countries around the globe, forcing the World health Organisation to declare it a Pandemic on Tuesday.