by Mubiru Ivan
in National, News
88 1 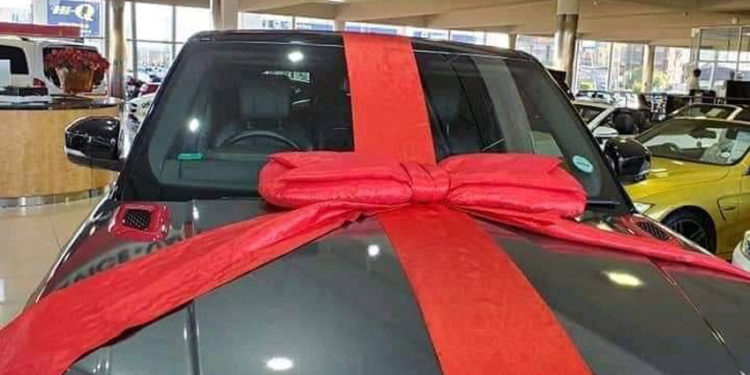 At this point, Pastor Aloysius Bugingo is willing to do anything to make his lover Susan Makula Nantaba happy.

Last year, the House of Prayer Ministries International (HPMI) lead preacher proved that what he felt for his Makula was more than serious and he was ready to take her in as his new wife, after constructing a multi-billion mansion for her.

The yet to be completed mammoth storied house sits on 10 acres of land and it’s situated in Nakedde village, Namayumba sub county, Wakiso District.

Now, the man of God has again proved that he is willing to do more for Makula.

Bugingo has now surprised his wife to be with a gift of a brand new Range Rover Sport.

The Range Rover Sport is estimated to be worth Shs340 million. Sources say Bugingo shopped the car for Makula while they were at vacation in France last week.

In October 2019, Bugingo proposed to Makula.

The preacher made the bold move during his Annual Independence prayer night at Namboole Stadium.

At the same occasion, Bugingo introduced his fiancé to his parents Aloysius and Jane Bugingo who welcomed her to the family.

Prior, the pastor  had told his followers that he had to marry Makula whether Ugandans like it or not as he scoffed at those who thought that he would reconcile with his wife Teddy Naluswa Bugingo saying it was high time they stopped dreaming.

He also accused her of conspiring to steal his Church land citing them as some of the reasons why he can nolonger stay with her thus demanding for divorce.

Teddy has since denied the allegations and opposed the divorce petition stating church marriage is meant to last for forever and that her husband has no valid issues as to why he is divorcing her.