by Stephen Kalema
in National, News
39 3 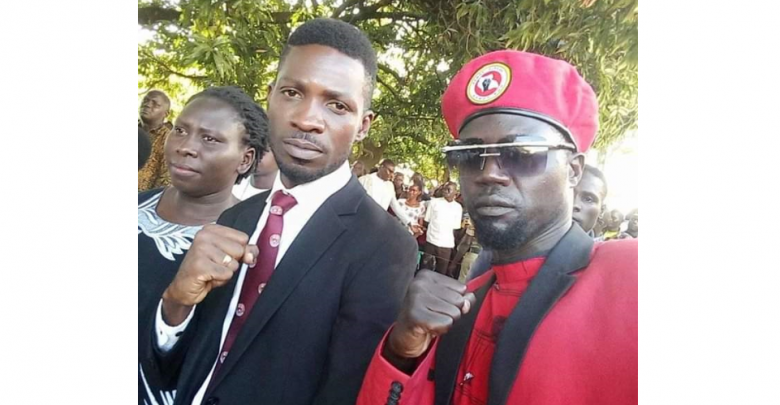 Singer Bosmic Otim has hit back at Robert Kyagulanyi, saying the ‘revolution’ the presidential hopeful keeps talking about is not for people from Central Uganda but for those from Acholi.

In his statement, after meeting Museveni, Bosmic said what made him and Bobi Wine go separate ways is because as the police beat him up, Bobi Wine was flying to America to make money.

But at the weekend, Bobi Wine phoned Bosmic to vent his frustrations at the switch to the ruling National Resistance Movement, saying he (Bobi) liked his fellow singer because of his true Acholi character. He however, wondered why he had allowed himself to be deceived by money yet he was a key figure in the struggle against the current regime.

“Bosmic my young brother, what connects me with you is not just today or next year but what connects us is the pain that our people go through. And part of my adoration for you was that true Acholi character of never being a hypocrite and being truthful to say what exactly pains the people without fear or favour. That is the Bosmic I know. I come from the central but you know the stereotype which has been created by the regime,” he said.

In response, Bosmic says his disagreement with Bobi Wine is that the Kyadondo East Legislator has refused to include him on his trips abroad ‘So that I can also get some small money that can support my family.”

He added that he also got disappointed because people around Bobi Wine think that some people like Bosmic are inferior.

“Your people think that you are the only first-class citizens and for us, we are third or second class. Besides, Bobi Wine you know very well that the revolution against Museveni started in Acholi long time; the likes of Lakwena, Kony Joseph. I know this because I grew up in war.

“I started singing political songs when Bobi Wine was singing Kiwani. Honestly, brother I feel bad when I see a revolution which should have been ours has become your revolution and for people in the central. This is not supposed to be your revolution but ours,” he said.

However, Bobi wine also told him that his concerts have also been cancelled and all his business have been blocked but he still pushes on.

“You are my brother, people felt disappointment when they saw you turning against them. And in any case, this regime just want to posture with you, I would now ask you Bosmic has Museveni paid your money?”.

Bobi Wine replied to him and said that all his travels were not financially based travels.

“ I went to Jamaica to do a song with Buju Banton, the air ticket and everything were done by them, I don’t know if you wanted me to buy you an air ticket to go and do the song together. In South Africa, I went to receive an award. On all these occasions, they invite me and they buy an air ticket for me,” he said

Finally, Bobi Wine urged him to focus at the big picture of liberating Ugandans other than focusing on him as an individual.