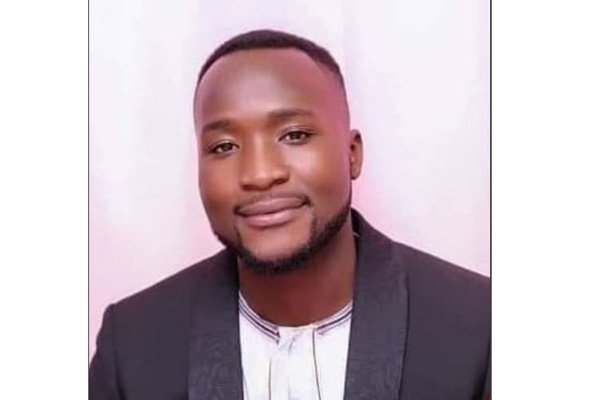 Special Police Constable David Kabuye has  accused Kyadondo East MP Robert Ssentamu Kyagulanyi (Bobi Wine) and his People Power establishment of trying to reap political gains from the death  of his son Dan Kyeyune.
Kyeyune, who was shot dead in Nansana during a scuffle on Tuesday evening in Nansana by the police as Kyagulanyi made his way from Kiboga.
Kyagulanyi and other People Power supporters were returning from the burial of Ritah Nabukenya, who was knocked dead by a police patrol truck on Monday.
Kyeyune’s was quickly owned by  People Power members led by Kyagulanyi, who accused the police of killing an ardent supporter of his establishment.
Bobi Wine claimed Kyeyune was among those waving at him when he was shot and claimed it was his support for his People Power Movement that had led to his death.
But Kabuye has since come out to refute Kyagulanyi’s claims as baseless and accused the group of trying to use the loss to gain from it politically. He went on to inform our reporter that the diseased was actually a leader in the National Resistance Movement Party.
“Dan has been the youth vice chairman of the NRM in his area,” he said, adding that the shooting was accidental.
“Our friends of People Power, whenever they hear of something like this that happened, they rush in and try to tell the world how this person was their member,” he said.
On Wednesday, the police fired teargas at scores of People Power supporters who gathered at the Mulago Hospital mortuary to pick up Kyeyune’s body.
He appealed to the members of the opposition to let the family moan their loved one in peace and desist from politicising the incident.
“The group caused us a lot of problems as we were coming from Mulago; the likes of Latif (Sebaggala). They were shouting that this was their person, but I told them this was my son and he was an NRM member,” Kabuye said.
Police had  by Wednesday evening said they were still hunting for the person that shot Kyeyune and taken over responsibility for the burial arrangements for the diseased.