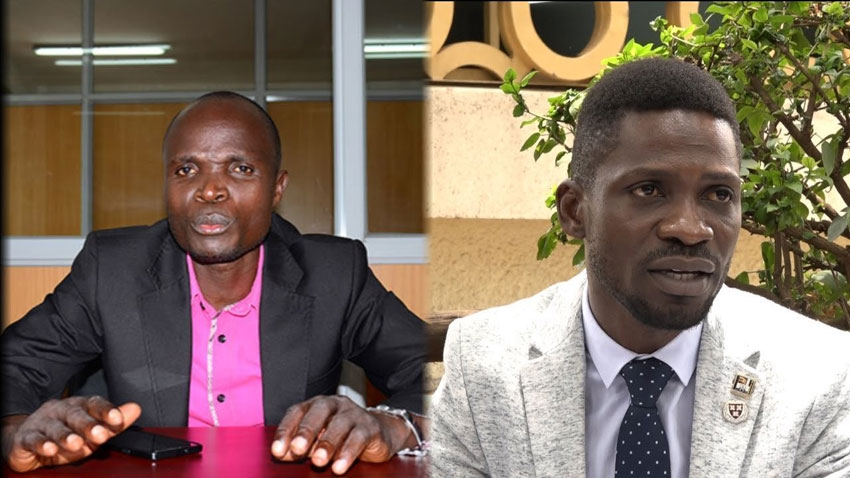 Singer Ronald Mayinja is currently caught between the rock and a hard place after his former friend, also legislator of Kyadondo East Robert Kyagulanyi alias Bobi Wine failing to come to his rescue.

Mayinja has been constantly roasted on social media for betraying People Power, a political pressure group led by Bobi Wine after he allegedly received a brand new car ‘Mpenkoni, a house and money from President Museveni.

And given the ‘bad energy’ he has been receiving lately from the public, Mayinja has been in hiding. But on Wednesday during an interview with a local media channel, Mayinja resurfaced and claimed that the public misinterpreted his intentions after he launched a NGO ‘Peace For All, All For Peace’.

Mayinja further vowed that he has never received anything from President Museveni as rumors allege, and requested Bobi Wine to give him a chance to talk so that he explains himself.

“Bobi Wine’s phone numbers are unreachable but I need to get in contact with him and explain myself about the circulating false reports on social media,” Mayinja said recently.

However during a presser held in Kamwokya on Thursday, Bobi Wine claimed that he only represents ideologies of the oppressed people, so instead of looking for him, Mayinja should face the public on his own.

“You are not accountable to me, you are accountable to Ugandans. Instead of looking for me to present your explanation, just face the public and explain to them by yourself,” Bobi Wine said.

Rwamirama to critics: Leave army ranks for us and do what you know