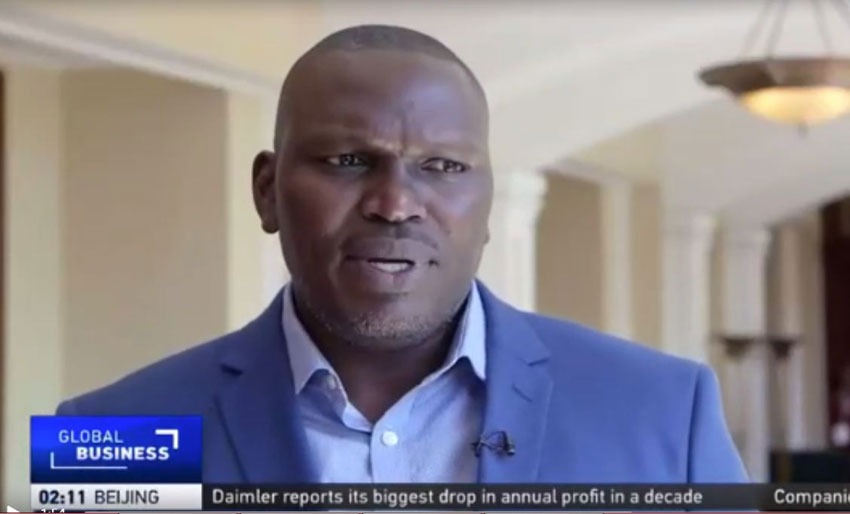 Uganda environmentalist Joseph Masembe has said young children must be involved in the fight against climate change if the African continent must overcome the phenomenon.

Held under the theme; Investing in People, Planet and Prosperity, the Forum allowed delegates who included Zimbabwe President Emmerson Mnangagwa, Mozambique’s Prime Minister, Carlos Agostinho do Rosário, ministers and investors, among others to share ideas on innovative financing in the energy, health and ICT sectors.

The leaders discussed Africa’s readiness to seize renewable energy by creating the right mix; technologies being pioneered by its youth to help solve problems like climate change.

Mr. Masembe said while thinking and discussing about changes, environment stakeholders should first groom children at a young age to become conservationists.

“Part of our model as little hands Go Green is while we are thinking about changes; let’s begin with the children at tender age because once we inculcate it in them at a young age then by the time they are working for the UN, working for so many other known state actors, conglomerates and corporate companies, the mentality would have changed, they would have grown with an inculcation of thinking about conservation,” he said.

On the other hand, the Economic Commission for Africa (ECA) Executive Secretary, Vera Songwe, said; “One of the reasons we cannot silence the guns in Africa is because there are no jobs for the youth. There is no energy to power job creation. We can silence the guns if the right investments are made into our energy and ICT sectors, including strengthening our health systems in partnership with the private sector.”

“If we cannot ensure Africa has the energy it needs then 2030 is really a distant dream. We need to do more and we need to do it faster.”

“Ambitious climate action can deliver a US$26 trillion boost to the global economy between now and 2030. If we enter into the new climate economy, we can create 20 million jobs for the continent. Right now we need 13 million jobs every year,” Ms. Songwe said in her closing remarks.

Speaker Among attacks cabinet ministers for being too lazy