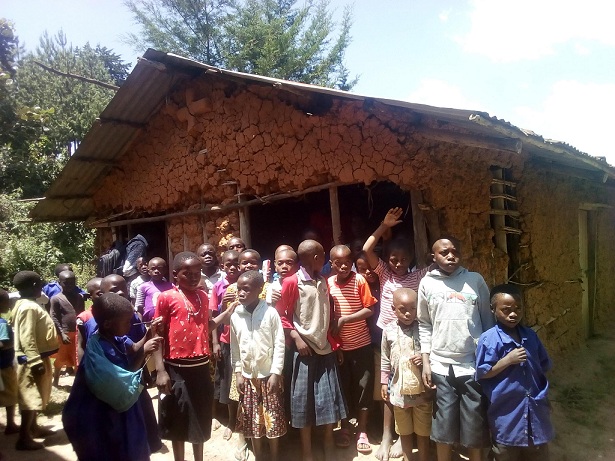 Minister Bahati: The Shs2bn sent by mistake to Ugandan students in China will be fully retrieved

We are considering to ban cryptocurrency, pyramid schemes-Minister Bahati

The management of a government aided school with only seven teachers, one pit latrine and no staff quarters at all in Ndorwa West, Kabale district has called on different stakeholders to come to their rescue, before lives are lost.

Also, the classroom blocks at Murungu Public Primary School, about five miles from the Uganda-Rwanda border,  are semi-permanent with no doors or windows and all of them are half roofed. The staffroom that is the only permanent structure at the school houses the school library, school store and is the office of the head teacher.

The same house acts as staff quarters for two teachers who live at school and above all, acts as a nest to pupils and all the staff when it rain.

The structures were set up by the community in the year 2000 and accommodate at least 166 pupils.

Only 37 old desks are available for them for normal business to go on.

Mbabazi Patrick, the school PTA chairperson told Watchdog Uganda on Monday that the dilapidated structures were on the verge of collapsing.

“We need urgent help. We have requested local government several times for assistance to save and set up staff quarters and improved school structures in vain,” he said.

“We have one VIP latrine used by teachers and both pupils males and females, ramshackled classrooms with no doors, one house that serves as a library, as a store, a staff room, as a head teachers office….. You see that’s not how the situation should be,” Twinomugisha noted.

“When it rains, the pupils run to the staffroom especially when the rains are heavy because the classrooms are half roofed. Sometimes they run to the nearest Catholic Church, and that’s only when the lay leader is present to open for them, or if it’s not prayer time,” Twinomugisha added.

Nelson Atukwase, the Speaker for Rubaya Sub County told Watchdog Uganda that district was working with the school management to set up a permanent classroom by giving it 50 bags of cement and was poised to give more support.

However, Moses Tumwijukye, the District Inspector of Schools, said his department didn’t have funds to build and renovate the school, but acknowledged the poor infrastructure of the school.