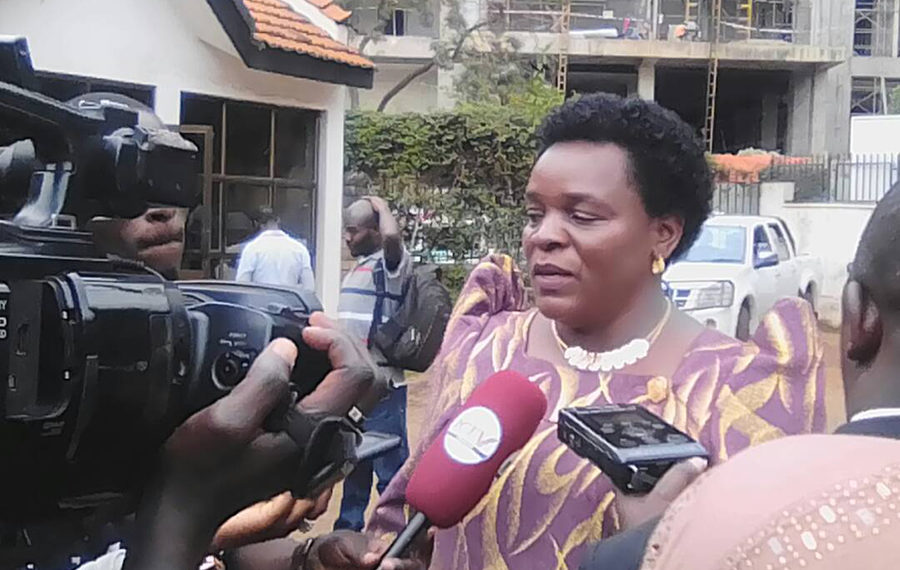 Gender and Culture Minister Peace Mutuuzo has said elongation of the labia minora on the female private parts by girls and women was outlawed by the government 10 years ago.

On Wednesday, the minister warned especially school matrons against the cultural practice, saying government will find avenues of talking to girls, especially in primary schools, how to report the perpetrators for encouraging a practice that does not add value to their health.
“We shall target matrons in primary boarding schools. You are preparing our girls who are not yet ready for marriage and may get partners who do not care about that (genital elongation),” Ms Mutuuzo said ahead of the International Day for Zero Tolerance of Female Genital Mutilation scheduled on Thursday, February 6, 2020.

She also said her ministry needs Shs1.2 billion to help fight the vice which she said was a form of Female Genital Mutilation (FGM).

Her remarks attracted a backlash, especially from a section of peoples from the central and southern parts of Uganda, most notably Mukono Municipality legislator Betty Nambooze.

The outspoken parliamentarian took to social media to say the minister was ‘trying to eliminate and trying to adopt the western culture amongst Ugandans.’

“Attacking culture is trending on a very slippery ground….the best way to deal away with a cultural practice is through respectful sensitization and dialogue done professionally in conjunction with cultural leaders,” Nambooze cautioned.

The minister was also attacked on various Whatsapp groups, including one in which she belongs, the ‘NRM Development Forum.’

A one Haruna Kiyemba said: The Minister is illinformed and this goes back to the role of communication in the government. Such sensitive matters you do not just come out and talk loosely like she did without considering the audience/tone and packaging. Guys, hire experts,” he ranted.

In response, Mutuuzo said, “I am really informed about what I said and this practice was outlawed in 2010. The campaign has been ongoing. So the earlier we stopped bidding our heads the better.”

About 350 girls underwent FGM in Kapchorwa, Kween and Bukwo districts last year while 100 to 140 million girls and women have undergone some form of genital mutilation or cutting.