by Stephen Kalema
in News, Politics
48 3 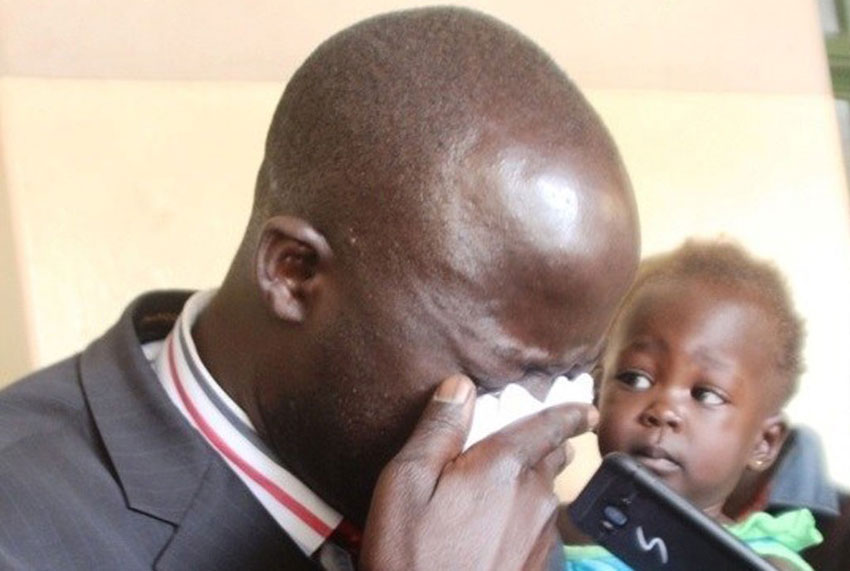 The Aruu County Member of Parliament Odonga Otto has asked Parliament to get involved in his issues with fellow legislator Anthony Akol who punched him last week. Akol is the Kilak North MP.

Otto made his plea while at the floor of the House on Wednesday saying that his constituents are asking him to retaliate but he does not want to take the matter in his hands.

However, his request left the entire House in waves of laughter which again increased Otto’s anger.

“I have suffered ridicule as you can see from the laughter from MPs and pain. I seek your indulgence that this matter is taken to the Committee of Rules and Discipline. My people are very angry and we don’t want to take this matter in our hands.,” he said.

Last week, the two lawmakers exchanged blows while at Parliament.

According to eyewitnesses, before the fight Akol asked Otto why he was decampaigning him. It’s alleged that Otto was telling Akol’s voters to eject him from the August House because he is planning to sell their land in Amuru to government. Akol warned Otto that if he keeps on accusing him, he will face it rough. But Otto insisted that indeed Akol sold the land which prompted Akol to punch him.

While at the floor Otto acknowledged that he told Lamwo people that Akol received Shs300m from Madhivani group in the events leading to the fight. Hon. Akol told him that he had “to resolve these issues the local way”.

The Speaker of the House is yet to decide whether the disciplinary committee takes on the matter or the two lawmakers settle their issues amicably.