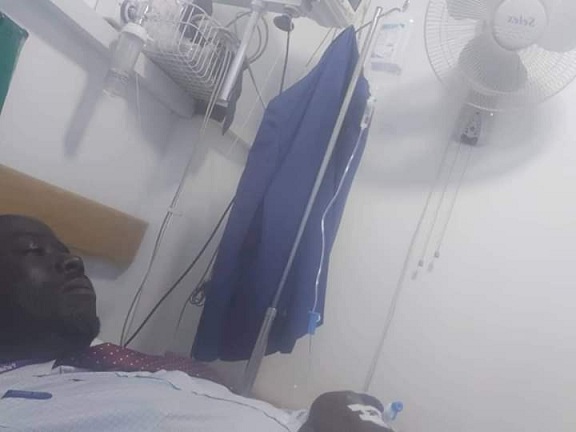 Speaker Kadaga chases MP Akol out of Parliament over coronavirus

Aruu County Member of Parliament, Odonga Otto has been hospitalized following a brawl with his Kilak County counterpart, Anthony Akol in Parliament.

Witnesses say Akol was incensed by Otto, who has reportedly told voters in Kilak not to re-elect him.

Both MPs belong to the Forum for Democratic Change opposition political party.

“The Kilak county MP in Amuru District approached Hon Otto in the lobby and asked why he was telling his voters not to vote for him,” the source said.

Aruu County is found in Pader District, northern Uganda.
Otto had earlier over the weekend addressed a rally in the disputed Lakang land in Amuru and reportedly told voters that Akol and the district chairman Michael Lakony,  had received over Shs300million after selling land to government.

Three years ago, then lands minister, Betty Amongi survived an attack by residents of Amuru led by Otto, who blocked her and ministry surveyors from accessing a venue where she was scheduled to launch survey of land for Amuru Sugar Works.

The land, measuring 10,000hectares belonged to 100 people but has since been allegedly sold and plans are underway to establish the factory.

On Thursday, Otto, in response to Akol said he had made the remarks it and its true Akol has sold land of the poor people, the witness adds.

Akol is then said to have insisted the land he had sold was his.

“I went to prison to protect poor people’s land then you come out and sell it?” Otto repordely asked before Akol said he was ready to ‘act mad,’ before punching Otto in the head.
“It took the intervention of Gulu Municipality MP Leander Komakech who held Akol and stopped him from throwing a second punch,” the source said.
Police would later intervene and Sergeant at Arms called for ambulance to rush Otto to Nakasero Hospital where he is currently admitted.

This is not the first time MPs have found in Parliament.

The two were separated by Parliamentary Police.