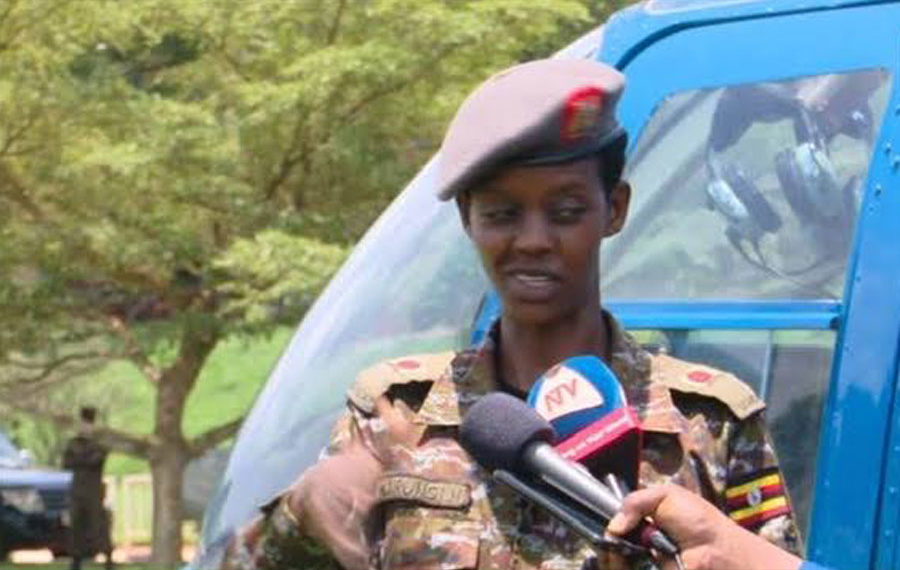 Major Naomi Karungi, one of the two victims who died in the Tuesday afternoon helicopter crash once asked women to join the army.

He added that investigations into the cause of the crash.

“We offer our condolences to the family members and entire UPDF fraternity,” said Brig. Gen. Karemire.

The bodies of the crew members were also crashed beyond recognition.

Karungi was among the few females who have qualified to fly choppers in the Ugandan army after joining the UPDF in 2005.

“The military now is the place to be for females,” she told NTV Uganda last year.

Karungi joined the military after completing her degree in Social Work in Economics at Makerere University. and was taken to Soroti Flying School, where she spent three years. Here she learnt the basic of controlling and flying an aircraft.

“When I went to the Air force base (Entebbe) the commanders asked what I wanted to fly and I requested to fly the helicopter,” Karungi, who was born in Ntungamo, Western Uganda said then.

She would go on to fly the chopper for 14 years until she met her death on Tuesday.

The Deputy Defense Spokesperson, Lt. Col. Deo Akiiki they are still gathering information on the incident though residents of the area where it came down, said they thing it was because of bad weather.