by Stephen Kalema
in Health, News
21 1 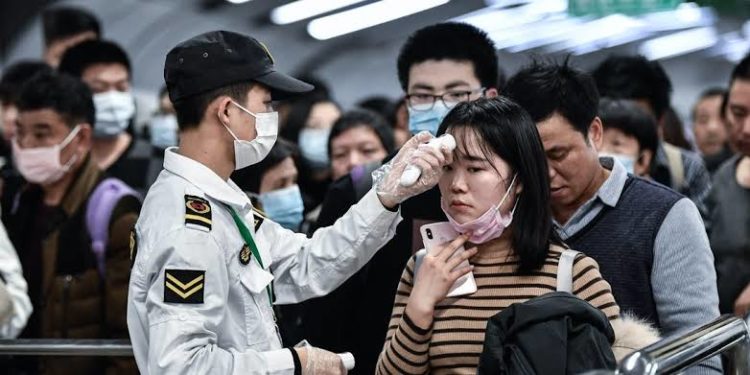 China is on high alert after Coronavirus killed 81 people in four days.

The Ministry of Health has issued a travel advisory, cautioning travellers from Uganda to avoid countries that have been affected by the coronavirus.

Also, health ministry Permanent Secretary Diana Atwine told those travelling to Uganda should be very careful not bring the virus into the country.

Coronaviruses are a group of viruses that cause diseases in mammals, including humans, and birds. In humans, the virus causes respiratory infections which are typically mild but, in rare cases, can be lethal. In cows and pigs they may cause diarrhea, while in chickens it can cause an upper respiratory disease.

Currently, its outbreak has been detected in China mainland. It has led to the death of over 81 people, with 2,827 confirmed cases of the 5,974 suspects. 461 are in critical condition. There is no vaccine or treatment for the virus that has been given the name CoV2019, and is spreading in a similar fashion as the 2003 SARS epidemic.

The virus has also now been detected in other countries such as Thailand, Austria and the United States. As a way of preventing it from entering Uganda, Dr Atwine has urged Ugandans not to travel to such countries where there is an outbreak.

“We alert the public to be conscious and careful if possible they should avoid areas where there is an outbreak,” she said.

Atwine confirmed to the public that Coronavirus is not in Uganda and confirmed that screening is going on especially at the point of entry into Uganda.

“Travellers especially at the airport are screened and in case one is found with fever, we don’t take it lightly. We go shall go ahead and make a proper assessment. According to our medical officers’ reports, we have not received any cases,” she told the press on Monday.

She however, said the country was on high alert.

This is the second time Coronavirus has broken out in China. In 2002-2003,e over 349 people in mainland China and another 299 in Hong Kong died of suspected Coronavirus.