by Mubiru Ivan
in National, News
19 0 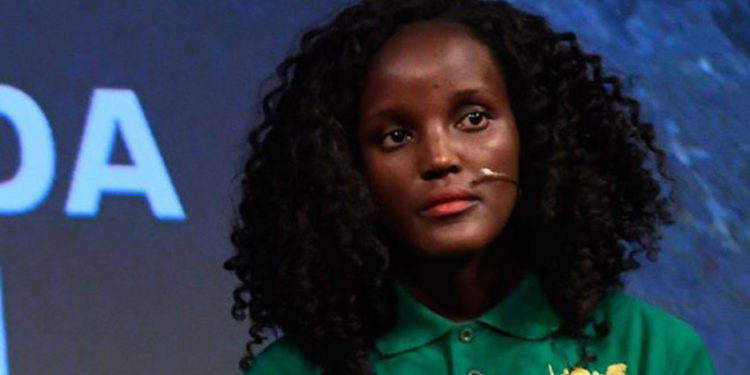 Ugandan climate activist Vanessa Nakate has accused the media of racism after she was cropped out of a photograph taken with her white peers in Davos.

In an emotional video statement, Ms Nakate said that for the first time in her life she “understood the definition of the word racism”.

Ms Nakate was dismayed to find that in news coverage of the event, she had been cropped out of a photo issued by the Associated Press news agency featuring Thunberg and fellow activists Luisa Neubauer, Isabelle Axelsson, and Loukina Tille.

According to BBC AP, which has since removed the cropped photo, said there was “no ill intent”.

“The photographer was trying to get a picture out fast under tight deadline and cropped it purely on composition grounds because he thought the building in the background was distracting,” the news agency’s director of photography, David Ake, said.

Nakate told BuzzFeed News via Twitter DMs she was heartbroken when she saw the photo. “I cried because it was so sad not just that it was racist, I was sad because of the people from Africa.

“It showed how we are valued. It hurt me a lot. It is the worst thing I have ever seen in my life.”

Nakate also posted an emotional 10-minute-long video discussing her experience at the summit and how it felt seeing the cropped photo.

How did we get here?

She later shared an article by AP in which she was cropped out of a picture of the activists.

In a video statement posted on Twitter, she accused the media of racism.

“I don’t feel ok right now. The world is so cruel.”

The 23 year old said she had not received “any explanation or apology” after the AP image was replaced with one that included her.

The video has been watched about 40,000 times and been shared by hundreds of people.

“I’m so sorry they did this to you… you are the last one who would deserve that! We are all so grateful for what you are doing and we all send love and support”, Ms Thunberg wrote.

Ms Axelsson said it was “unacceptable” to crop the activist out of photos.

“Her voice is just as, if not more, valuable than ours in a place like this”, she wrote.

Nakate, an activist since 2018, was inspired by Thunberg to start her own climate movement in Uganda and began a solitary strike against inaction on the climate crisis in January 2019.