by Mubiru Ivan
in Health, News
5 0 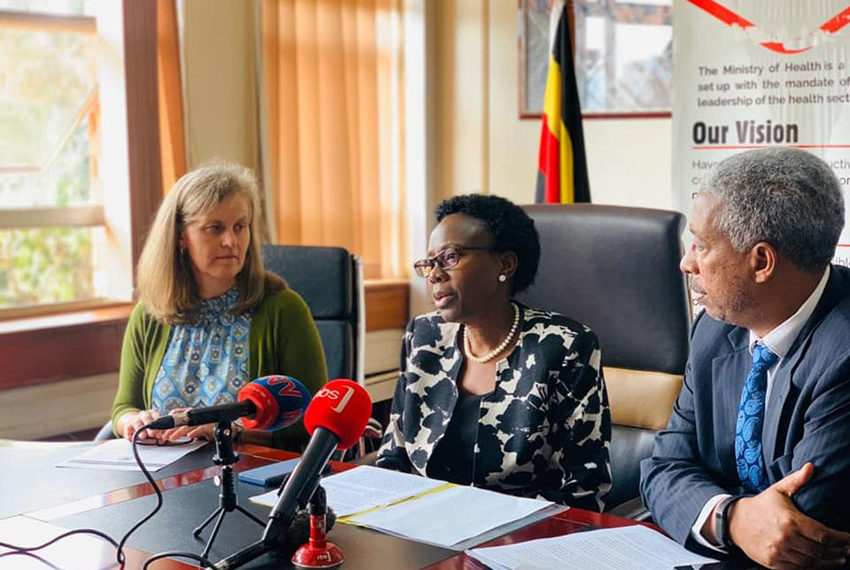 The Ministry of Health has confirmed a yellow fever outbreak in Moyo District in West Nile region and Buliisa District in Hoima region.

This was revealed by Health Minister Dr Jane Ruth Aceng on Friday.

“In Moyo District, there are two confirmed cases, both are males aged 18 and 21 years. The two cases were dealing with cutting and trading timber between Uganda and South Sudan. On 2 January 2020, the two cases travelled from South Sudan to Moyo. Upon arrival, they got ill and on 3 January 2020, they were admitted at Logobo Health Center I l l in Moyo District. They were later referred to Moyo General Hospital with symptoms of fever, vomiting, diarrhea, fatigue, headache, abdominal and joint pain, confusion and unexplained bleeding,”Dr Aceng said in a statement on Friday.

The minister further disclosed that in Buliisa, there are also two confirmed cases.

“A 37-year old male and his 38-year old wife. The husband was a cattle farmer trading in milk between Uganda and the Democratic Republic of Congo (DRC). On 31 October 2019, he visited Buliisa Hospital with a headache, vomiting, and abdominal pain and received supportive treatment. He died on 4 November 2019 at Buliisa Hospital.”

Currently,the district health teams of Moyo and Buliisa have initiated investigations. In addition, the Ministry of Health and the World Health Organization (WHO) have dispatched Rapid Response Teams to the two districts to support in investigations, active search for cases, community mobilization and sensitization.

“The Ministry of Health has requested for the Yellow Fever vaccines from the International Coordination Group that manages Global Stockpiles of Yellow Fever and Meningitis vaccines. We anticipate that within the next two weeks, vaccines will be available and vaccination will commence in Moyo and Buliisa districts,” Dr Aceng assured Ugandans.

Yellow fever is a disease transmitted through bites of mosquitoes infected by the Yellow Fever virus (flavivirus). Symptoms include high fever, headache, general body aches, fatigue, vomiting, blood in urine or stool and or yellow discolouration of skin and or eyes.