by Mubiru Ivan
in National, News
55 2 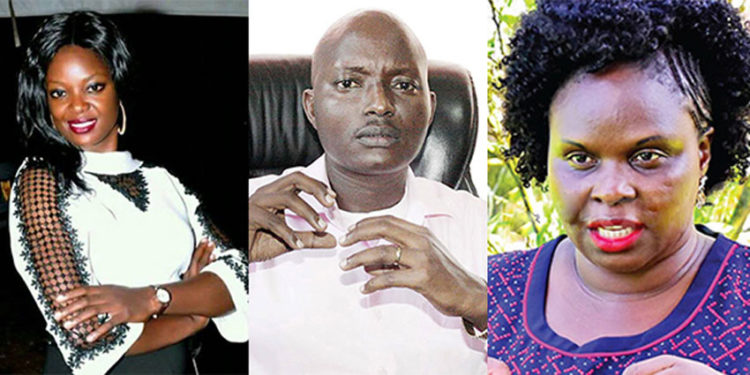 Pastor Aloysius Bugingo’s estranged wife Teddy Naluswa Bugingo has disclosed that her ‘co-wife’ Susan Nantaba Makula is not among the people she fears in this world.

Speaking during an interview with New Vision newspaper over the weekend, Pastor Naluswa who recently launched her own church;-Word of Salvation Ministries International said she is ready to take her husband back as long as he repents. She also assured Ugandans that they should expect a big comeback.

“Our God is a God of restoration and reconciliation. We have to forgive and forget.  Yes, if he repents, I will take him back. And I am telling you this: just expect a mega comeback! The Bible says if you do not forgive, you will never be forgiven. I do not want to go to hell because of not forgiving. And I am neither single nor searching; I am a married woman who is also a responsible mother, who does not just neglect her children,’ she said.

In the same interview, Naluswa accused Bugingo of giving the devil a chance to tempt him to start cheating on her with Makula.

“He gave a devil a chance the moment he started locking doors while meeting her in his office. I first caught wind of it when I found her in his office and the door was locked.  I asked him why he locks doors when he is conducting a meeting with female workers, and he did not seem like it was a big deal,” she said.

“As rumours piled and I always asked him, he became more defensive and even accused me of over interfering in his work. Eventually, they could not hide it anymore. I decided to keep silent because I did not want to destroy the image of the Church. Makula is nothing. I have a mighty God and I cannot fear a human being.”

Since May 2019, Naluswa has been having family issues with Bugingo and apparently, the latter is demanding for a divorce [case already in court] alleging that he can no longer stay with her.

He accused her of conspiring to steal his Church land as well as trying to kill him.

“I have tried to always keep quiet to respect Teddy but she is playing the sympathy card too much. She says she has been with me for 29 years through thick and thin. But how come she doesn’t talk about her haemorrhage (fistula). My wife bled for 10 years. Every single day, I bought cotton since pads could no longer contain her flow. I didn’t have sex for those 10 years. I didn’t even cheat. How come I didn’t get another woman in those years? Surely people must know that if I were to leave, it would have been then. I have been patient, I have tried all my best to make this thing work. Let her stop claiming she is the one who tried her best,” Bugingo said.

Naluswa has since denied the allegations and opposed the divorce petition stating church marriage is meant to last for forever and that her husband has no valid issues as to why he is divorcing her.

In October last year, Bugingo proposed to his new catch Makula. She is already pregnant for him.

Makula is an employee of Salt Radio and TV and the couple started dating behind Naluswa’s back  in 2016.