by watchdog
in National, News, Op-Ed
6 0 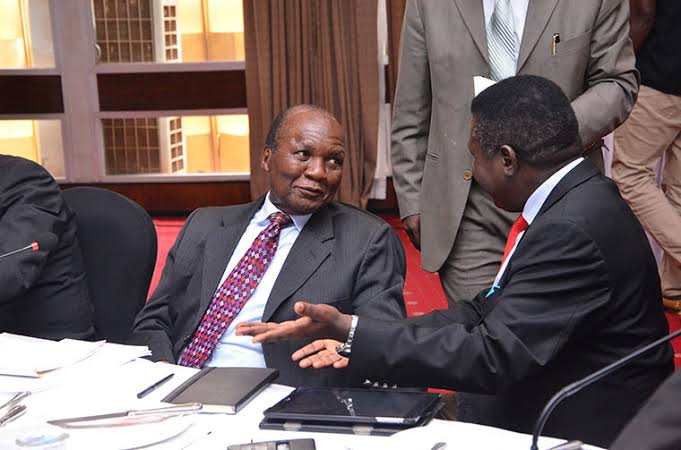 It is not going to be cheap for Uganda to hold the 2021 elections.

There will be 1,500,000 (1.5 million) positions to be competed for. On average, each position will have at least four (4) for people scrambling for it. That means, we will have 6 million Ugandans above of the age of 18 who will be unproductive for nearly a whole year out of 40 million people.

And considering that half the population is under 15 years, it means that of the 20 million people in the productive age bracket, 30% will be just useless to this nation as they try to prove to the rest of us how useful we should think of them.

And on assumption that of the six million political job seekers for the 1.5M political vacancies, if each one of them was to spend just one million shillings, we are going to flush down 6 trillion Ugandan shillings (US$1.6billion) by just individuals.

The Electoral Commission will also spend about 1 trillion.

We are talking of close to 15 per cent of the national economy here! I need no reminder that democracy is not cheap. But in Africa it is not democracy, it is DEMONcracy! And do not remind me that DEMOCRACY is paid for by blood! Question is whose blood?

Anyway, let’s not get into this crappy debate of blood, eyes, legs, arms etc. We have no heroes of this nonsense called DEMONcracy! We have merchants of ‘DEMOCRACY’ and so, we are entering into the mercantile election season proper.

But what will the money be spent on by these POLITRICSTARS? It will be the printing of campaign posters, radio and TV airtime, newspaper adverts, t-shirts, campaign managers and hired abusers, telecom data and airtime bundles and alcohol. I have been a great witness of the DEMONcracy since 1994 right here in Bunyaruguru. I was not yet of voting age but I voted!

The 1994 elections were pitied against two great cousins; Bart M. Katureebe and Capt. Emmanuel Twarebireho. Both were and are lawyers. It was a despicable jostle; not by the opponents but their supporters. It was real exchange of; Go eat your mother’s something something. And 1996 was worse. Another cousin of the first two, now Prof. Asiimwe Berinde came on board.

At the highest level was Dr. Kawanga Ssemogerere and Muhamad Kibirige who squared off with President Museveni.

I remember Kawanga was abused right left and centre. Bunyaruguru, being predominantly Catholic was thought to be sympathetic to Kawanga, a fellow Catholic and DP. He was said that because his wife is a doctor, he too thinks by sharing a bed with her, he is a doctor. Crap I should say. For Kibirige, he was dismissed for just being Moslem! As if his diini/religion had anything to do with his capabilities.

Years later, I was utterly happy to know that he was Director of Planning at Makerere University.

Anyway, 2020 does not provide a good economic outlook unfortunately. The DEMONcracy will affect all sectors leave alone leaving quite a good number of the people out of work and others abandoning their gardens to run after and follow politicians.

Food production will be the most affected and yet 70% of commodity trade in Uganda is in food. Tourism will be most hurt. About 150,000 people that end up in national parks, 80% are foreign nationals.

Immediately the actual electioneering is flagged off in August, 2020, the numbers will dip. So, any tour company must make the money in the March-April, 2020 season. The October – December, 2020 is bonkers and March-April, 2021 is a write-off for those that are dependent on foreign tourists.

All American and European countries will issue security alert advisories discouraging their nationals to only travel to Uganda only if they will be confined in major where they can easily be rescued and repatriated. So, these Americans/Europeans, give you their democracy with one hand and take away business with the other. You ask if we need this Euro/American-centred democracy.

One thing that will stand out in this election season will be the abusive brigade. In Mbarara, we had a radio caller called Rwambagweriire. You wondered how he always managed to get through in all call in political programmes. I think the studio numbers were on his speed dials.

He would even ask what they would be discussing about and on being updated he would jump into the fray and mostly, he was a hired hand of politicians to abuse and discredit opponents. Rwambagweriire simply means ‘waylaying’. So, this season will have so many Rwambagweriires. And they are not worthy. You cannot spur with them.

Once they fail to bring you on their side, they will, like pigs drag you into the mud of; “Go eat your mother’s something something” and the moment you fall for it, you are finished. The best is to ignore them but they can say hurtful untruths.

While at the end of season on 12th May, 2021, the old man with the hat will still be President, 50% of the present politicians will not be returned. Not because of their incompetence but simply the electorate will choose another set of eaters. In Uganda, politics is about eating.

But also, there is the good side to this season for local tourism. If you have some money and have been wondering what to do with it, it is time to invest it in a local bar and a roadside guest house facility targeting politicians’ entrouge. Alcohol consumption will more than double.

So, if you have been considering of investing in the stock markets, put your money in a local beer company. At the end of the season, they will declare good dividends. Also, listed media houses will also declare good returns on investment.

So, where will we need America and Europe in this season? A new crop of human rights defenders will rise. These will be beaten and a good number of journalists will be beaten too. Some voters will take a bullet or two if some incumbents cannot get the ballots.

We need America and Europe for Human Rights Awards and more supply of condoms since this is a sex season too where close to 10M Ugandans will be idle around politicians. At the end of the dancing frenzies during day campaigns, there will be sex and more sex.

It better be safe sex or at least ensure that every Health Centre III has enough supply of ART. While America will be concerned with human rights, Russia, Korea and China will be cashing in on supply of coercive artillery.

Finally, the electoral commission can be accused of so many bad things, that will not include inclusive voter education and access to an accurate national voters’ register. I have friends at this body who are excellent and committed professionals who love this country to bits.

They have got a dirty job to do and it must be done. It is like the head of a family who must remove poo from the compound even if they are not the ones that defecated there. Their wish like other well-meaning Ugandans would be an election season that is not about; “Go eat your mother’s something something.”

At the end of May, 2021, there will be legitimate and illegitimate winners and whiners, bread seekers and servants and five years later, we will be in the same boat. Forget about 2021 being a year of democratic exercise, it is a demoncratic year! As a voter, cast your vote. It is your duty. Don’t stand in the way of the ballot, you may receive a bullet.