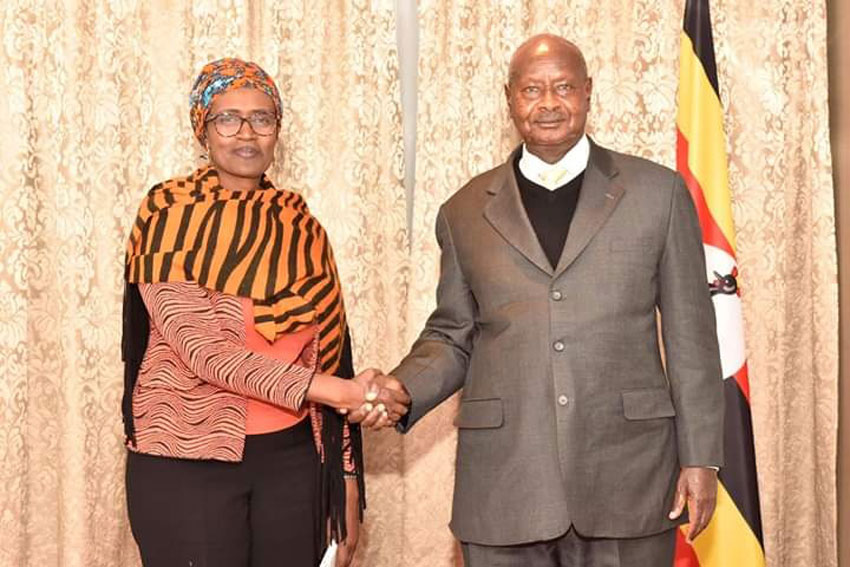 STATE HOUSE, ENTEBBE: The Executive Director of UNAIDs, Winnie Byanyima, has thanked President Yoweri Museveni for his immense contribution in the HIV/Aids fight.

At a meeting at State House Entebbe on Tuesday, Byanyima saluted and congratulated the President for his efforts in fighting HIV /AIDS and driving the awareness campaign in the country.

Byanyima, giving an overview of the state of affairs in the HIV/Aids fight, told Museveni that efforts should be placed on messages of prevention if the war against the pandemic is to won.

“Prevention has not had much attention. It needs to be boosted. For example there are medicines that can be taken when at high risk of infection. Not enough people know about this,” she said.

She added that focus could also be placed on specific groups that are at high risk of infection or transmission like sexual minorities and commercial sex workers.

“It is important for health service providers to do their part and attend to these minorities without being judgmental. Moralising should be left to moralists,” she said.

Byanyima, who was accompanied by the UNAIDs country director, Karusa Kirangu, briefed President Museveni on the upcoming International Conference on AIDs and Sexually Transmitted Infections in Africa (ICASA).

Uganda won the rights to host the 21st edition of International Conference on AIDs and Sexually Transmitted Infections in Africa, which will take place next year, 2021.

President Museveni welcomed and thanked Byanyima and her delegation for supporting preparations for the upcoming conference. He pledged government’s support in organising the event.

The President also said the laws and regulations guiding the operations of the Uganda Aids Commission would be reviewed to ensure smooth and effective operations at the agency.

The meeting was also attended by the State Minister for Health, Joyce Moriku.

Ntungamo district chairperson announces plans to stand again, says there is no good in retirement