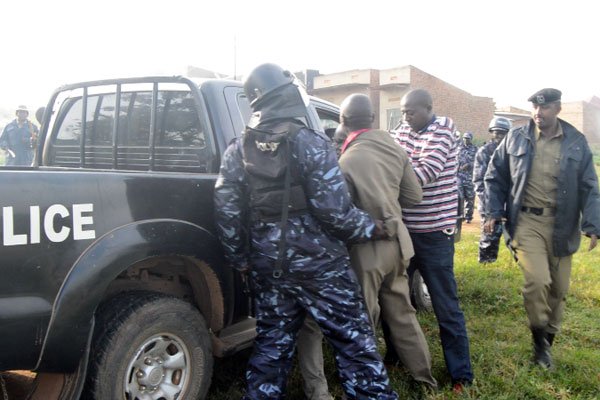 MP Ssekikubo was arrested on Friday

Lwemiyaga County Member of Parliament Theodore Ssekikubo will on Monday, January 13, 2020 appear before court to answer charges of attempted murder.

The legislator was arrested on Friday for allegedly defying a quarantine order following reported outbreak of foot-and-mouth disease in the area.
According to Paul Kanagave, the southern regional police spokesperson, upon arrest Ssekikubo was to be charged with assault, inciting violence and malicious damage to property.

However, on Sunday evening police preferred the charge of attempted murder against the MP, an offence reportedly committed during the ruling NRM party primaries in 2010, according to Daily Monitor.
Mr Ssekikubo reportedly shot Habibu Nsamba Kanyarutokye, a security operative, in the private parts during the hotly contested party primaries where Ssekikubo was contesting with Patrick Nkalubo.

The MP’s lawyer,  Deo Musoke accused police of preferring trumped up charges against his client and keeping him in Masaka Central Police Station cells beyond the recommended 48 hours.
He wondered why Mr Ssekikubo had not recorded a statement until Sunday evening.
“We have learnt about the new charge with shock because attempted murder is criminal offence and one could not participate in two elections that is 2011 and 2016 with such offences,” he said.

I still don’t get why Uganda martyrs are still a thing when they disobeyed a king, says rapper GNL Zamba