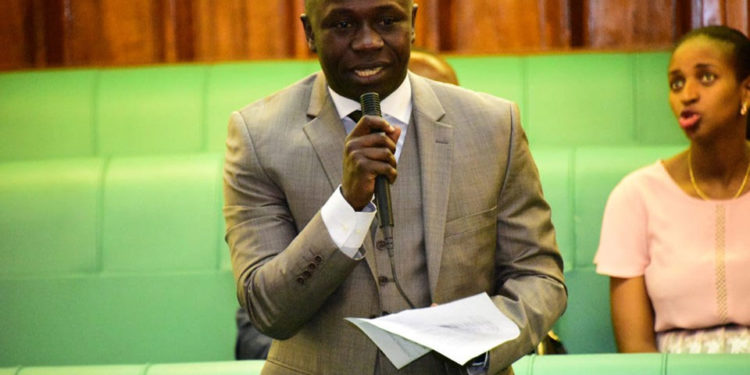 Lawyers representing the newly appointed Minister for ICT and National Guidance Peter Ogwang, have agreed to their client being dragged to court over (lack of ) academic qualifications. 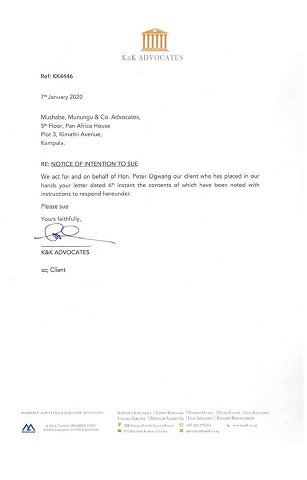 Ogwang, the Usuk County legislator has been in parliament since 2011.

He was vetted on January, ‘based on falsified academic certificates’. 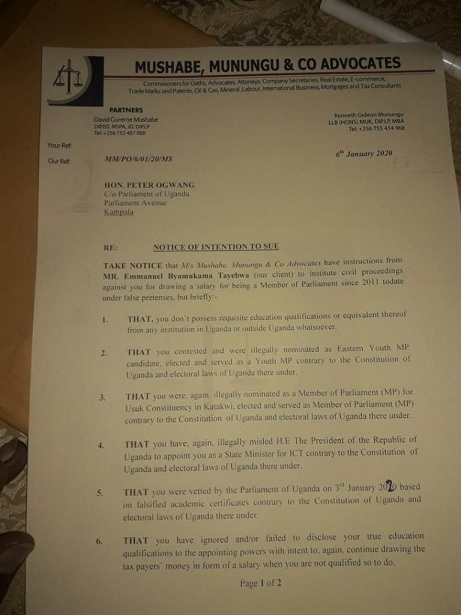 Ogwang had described the accusations as ‘simply deceptive, malicious, fraudulent,’ claiming the same group was asking for Shs200 million to stop circulating such information.

“I have been drawn into a social media post authored by a one Emmanuel Byamukama alleging that I do not have requisite academic papers to serve as MP and minister despite being a legislator since 2011. Whereas I am occupied in the ongoing “Great Trek” in the jungles of Kiboga, I would like clarify that I possess the required minimum academic qualification and i was ably and legally nominated as MP both in 2011 and 2016.

If a one Byamukama and his accomplices for whatever reasons think that I do not possess the minimum academic qualification and therefore questioning the competence of Electoral Commission and Parliament that duly nominated and vetted me respectively then it is his right to challenge the matter in the courts of law other than continuously soiling my name on social media.

His utterance is simply deceptive, malicious, fraudulent and contains elements of defamation-a ground in which I am considering engaging my lawyers for a rebuttal.

I have also been informed that the same group of people are calling my office asking for Shs20m for them to stop circulating such information. I consider this as blackmail and extortion which is punishable by law and I have already engaged relevant authorities to trap such fraudsters.