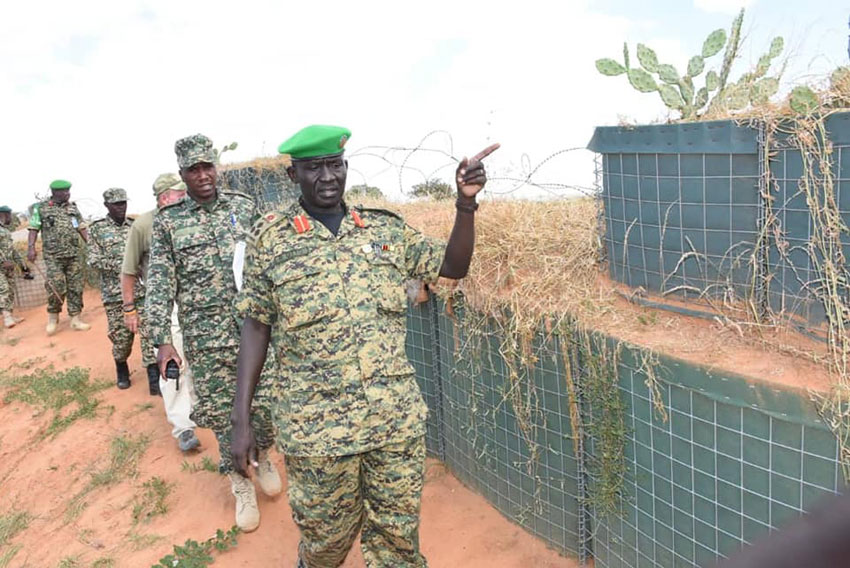 The sector commander was visiting the FOBs for the first time since his take over of sector one command and control on the 19th December 2019.

Brig Otto was briefed on the general security situations by the frontline commanders and later inspected troop alertness in each respective FOB defence.

The General reminded officers that they are in Somalia as pan Africanists and encouraged them to cooperate.
He also encouraged commanders to be close to the Somalis and mentor them to gain capacity to take charge of their country’s security. “I encourage you to be close to the Somalis. Support, mentor and train them so that they can be able to take over their country.” Brig Otto said.

The Legal and Parliamentary Affairs Committee has asked the Electoral Commission to ensure that all Presidential aspirants get equal opportunities...

Leaders of Alliance for National Transformation (ANT) have vowed not to enter any partnerships with political parties with unfinished inner...

City businessman Dr Sudhir Ruparelia has been appointed Honorary Consul of Nepal to Uganda. The appointment was made by Bidhya...

Egypt former President Hosni Mubarak has died at the age of 91. Mubarak served as Egypt's fourth president starting in...

Kabale Police is investigating circumstances under which Godfrey Byaruhanga Kahororo was murdered by his biological brother. The deceased hailed from...

Tamale Mirundi, the former senior presidential advisor on media is over the moon after receiving a brand new Mitsubishi Pajero...