by Stephen Kalema
in National, News
11 1

A Makerere University female student leader has castigated the institution’s Vice Chancellor for looking the other way when poor students are ‘selling their bodies in order to get tuition.’

Judith Nalukwago, the university guild’s vice president made the remarks during a botched protest march by female students to the President’s Office in Kampala in protest against a move to hike tuition by 15 per cent.

The Tuesday morning march was intended to deliver a petition to the President to have the decision, passed last year by the university council, reversed.

Along the way, they were intercepted, tear-gassed and 20 arrested and locked up at Wandegeya Police Station.

“This is a university for the poor students,” Nalukwago, who was later on Wednesday suspended by vice chancellor Barnabas Nawangwe together with Mollie Siperia, said.

Siperia is the Guild Council Representative for School of psychology.

According to Nalukwago, the people in the leadership of the university don’t care about the children of the peasants because they have stolen money and have their children in abroad studying,” Nalukwago said.

On Wednesday, Julius Kateregga, the Guild President voiced his concerns against the tuition hike, saying several first-year students have taken a dead year because of the tuition burden.

“We are still pursuing the road of dialogue but management seems to be asserting their authority. We’ve discussed this with the Vice-Chancellor. Unless our people are threatened, our only mandate is to stand and protect the students we are not against the administration but the policies are not favouring many students,” he said before he was arrested for spearheading another strike.

Earlier, Kalungu West Member of Parliament, Joseph Gonzaga Ssewungu asked Prof. Nawangwe to resign because ‘he has failed to manage the students’.

While addressing journalists at Parliament, Ssewungu said the entire problems arising from the university start from Nawangwe who is too proud to negotiate with the Guild Council.

“Nawangwe must resign from this job. He has brought politics in the University.  He has to resign because he has failed to manage this institution. He has become a dictator in his own right,” he said.

Last year the university council approved a cumulative increment for five years. According to the policy, each student will be required to pay 75 per cent more after five years.

According to Nawangwe students are the ones who approved the tuition policy, therefore, they must not turn around and protest the policy they asked for. 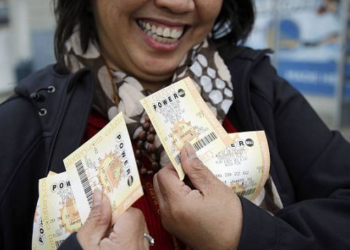 Ugandans Can Win a $180 Million US Powerball Jackpot Prize this week!

Rwanda, investors in Rwf85bn battle for loss of mining concessions