by Mubiru Ivan
in National, News
38 3
Share on FacebookShare on TwitterShare on Email

The Inspector General of Government (IGG) has issued a list of the most corrupt government institutions and districts in a 2017 report titled; “Bi-annual Inspectorate of Government Performance”.

The report submitted to Parliament early this week is based on complaints sent to the Ombudsman by members of the public and not conclusive investigations by the IGG.

The reporting period was between January and June 2017.

Some of the perennial most corrupt government institutions such as police and Judiciary, registered fewer complaints.

The police improved to seventh position in the 2017 survey with 3.8 per cent corruption complaints received against it.

Judiciary came in ninth position with 2.2 per cent complaints.

According to Daily Monitor, Irene Mulyagonja, the IGG, attributed the reduced complaints against some of the government institutions to strengthening of their internal mechanisms to fight graft.

“Some of the government institutions have also put in place internal mechanisms to fight corruption. We do not know whether this applies to Judiciary and police, but the IGG will be interested in understanding the trend as well,” Mulyagonja told the local daily.

However, the report shows an overall increase in the number of complaints (1,560) that were reported to the IGG office compared to 923 registered in 2016.

Explaining the increase in the complaints, the IGG attributed it to increased corruption awareness among the public.

“There are many reasons ranging from being aware that they can bring complaints to the IGG, increase in confidence of the IGG work and also knowing through our education interventions that when government systems have failed, you have where to go- the IGG.” 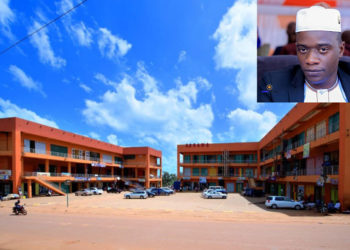