Uganda is the largest refugee-hosting nation in Africa, catering to more than 1.2 million refugees, the vast majority of whom have fled conflict in the neighbouring countries of South Sudan and the Democratic Republic of Congo.

According to thenewhumanitarian.org, Germany and the UK’s Department for International Development, or DFID, both confirmed that they have frozen funding to UNHCR Uganda, following issues raised in last November’s audit report by the United Nations (UN)’s Office of Internal Oversight Services, or OIOS.

The report found that the UN’s refugee agency, UNHCR, critically mismanaged donor funds in Uganda in 2016-2017.

“We have kept our doors open to refugees,” Ecweru told IRIN. “More refugees are coming despite the peace accord in South Sudan and elections in Democratic Republic of Congo. This is putting a strain on us.”

The move by the UK and Germany – two of UNHCR Uganda’s top four country donors last year – could cause disruptions to essential life-saving assistance for refugees, the UN refugee agency says.

Cécile Pouilly, a Geneva-based UNHCR spokeswoman, confirmed the aid freeze without naming the donors. Pouilly said education, water, and mental health support were among the services most at risk, and that negotiations with donors were ongoing.

The November audit revealed that UNHCR Uganda wasted tens of millions of dollars, overpaying for goods and services, awarding major contracts improperly, and failing to avoid fraud, corruption, and waste.

The European Anti-Fraud Office in December confirmed to thenewhumanitarian.org that it was “investigating allegations of fraud and irregularities regarding specific projects funded by the European Union to support refugee settlements in Uganda.”

With the exception of emergency funding to help prevent an Ebola outbreak, “DFID has released no further funds to UNHCR in Uganda since the allegations of corruption emerged,” a spokesperson for DFID in London told thenewhumanitarian.org. The statement listed funding in 2016 and 2017, suggesting that DFID has not provided funding since January 2018.

“We will only provide further funding when we are confident that UNHCR has properly addressed the issues raised in the recent audit,” the DFID spokesperson said. “We have asked UNHCR to provide detailed information on whether any UK funding has been lost due to issues raised in the audit.” 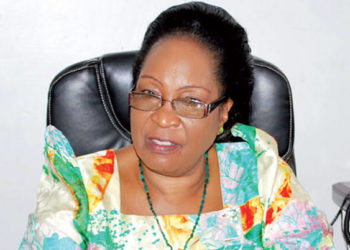