by Mike Ssegawa
in Business, National, News
8 0
Share on FacebookShare on TwitterShare on Email

The four-month dramatic probe by the Committee on Commissions, Statutory Authorities and State Enterprises (Cosase) into the closure of seven commercial banks by the Bank of Uganda between 1993 and 2016, has finally been tabled on the floor of Parliament.

Mr Abdu Katuntu, the Bugweri county legislator and outgoing chairman of the Cosase read the 64-page report in Parliament on Thursday, recommending stringent measures to restore the dignity of the central bank, compensate shareholders of defunct banks their legitimate claims, and demanded action be taken on errant officials at the central bank and their associates.

For many who had been following the proceedings at the Probe, there were no surprises in revelations of the report, and its conclusions. The rot at the Central Bank had played out live on televisions and social media. For BoU had among other things sold banks without valuations, had shared information of banks in distress with competing banks and had no records on decisions made prior or after the closure or sale of banks, which leads to a lot of suspicion on the intent of officials amidst these transactions.

One of the recommendations that is going to be keenly watched by the public is one that says “the individual officers who handled the transactions should be held personally responsible.”

Cosase hearings exposed the actions of Justine Bagyenda, the former executive director of commercial banks supervision, as having a big role in the decisions that led to closure, sale and losses, highlighted throughout the hearings. The deputy governor Mr Louis Kasekende is another.

The closure of banks including Teefe Trust Bank, International Credit bank, Cooperative Bank, Greenland Bank, Global Trust Bank Uganda, and National Bank of Commerce came at the fore after the closure of Crane Bank Limited, then the second biggest bank in the country, and biggest indigenous bank, at the time the hammer fell on its neck.

In the four month expose, Cosase interfaced with Board, management and officials of Bank of Uganda, defunct banks managements, finance minister Matia Kasaija, management of DFCU which bought Crane Bank and lawyers of MMKAS who were caught in the middle of Crane Bank, DFCU bank and Bank of Uganda as advisors for all entities at one point in time.

Thanks to Crane Bank closure, the country might never have known the extent of rot in their Central bank. Now, Cosase has made recommendation to help avert a repeat of the mess at BoU. The probe is also an indictment on Prof Emmanuel Tumusiime Mutebile, once a worldwide revered economist.

Crane bank was placed under statutory management on the October 20, 2016, and auditors were appointed on 28th October 2016 and the inventory report was produced on 13th January, 2O17.

This bank was sold on January 25, 2Ol7, said Cosase, which affirmed that Bank of Uganda did not comply with the requirement of Section 89(3) of the FIA, 2004.

Without an explanation, one week later auditors were appointed after takeover and sale contravened section 89 (3) that requires the said appointment to be made as soon as possible as earlier observed.

The BoU was found lacking in the absence of an inventory, to ascertain the value of what it took over.

Parliament and AG caught BoU pants down when it was found it did not carry out valuation of the assets and liabilities of CBL and relied on the inventory report and due diligence undertaken by DFCU, the purchasing bank.

It was also discovered that the inventory report submitted on January 13, 2O17 was never used in evaluating the bid for the purchase of assets and assumption of liabilities of CBL.

BoU officials did not stop there in trampling on the law. Cosase writes, “A perusal of some of the Non-Disclosure Agreements (NDAs) revealed that the Central Bank was disclosing confidential information of distressed financial institutions to potential purchasers who are competitors without their knowledge in contravention of section 40 (3) of the Bank of Uganda Act. (“i) Whereas section 95 (3) of the FIA requires the Central Bank to appoint auditors on assumption of management of a distressed bank as soon as possible, in numerous cases, BoU has been appointing auditors after the sale.

Whereas BOU management conceded the absence of operating guidelines on resolution of financial institutions in distress, there are no special circumstances explained by BOU to warrant different banks special treatment.

For example, Cosase writes, “given the fact that the UGX 200bn differed cash consideration was to be paid from the recoveries from the bad book estimated by DFCU in its bid (of 20th December 2016) to be in the region of UGX 500bn was fully provisioned by CBL, the only prudential decision would have been to treat the bad book like in the case of GTB and NBC. Secondly, whereas the outstanding liability owed to BoU by CBL was Shs478bn, DFCU only assumed liability to the extent of Shs200bn whose value was to be recovered from the bad book. This, in the committee’s considered opinion resulted in a financial disadvantage to both BoU and CBL.

Cosase concluded. “It was irregular to commit the CBL shareholder for negligence on the part of the BoU officials. By their actions, the BoU officials occasioned loss to CBL and ultimately BoU. Further, by the Board’s Resolution to charge the interest on the shareholder for money ‘lent’ to DFCU, the committee finds it inconceivable that CBL shareholders who were not party to the P&A and the Shs200bn liability agreement between DFCU  and BoU would be called upon to bear the cost of negligence on the part of BoU officials.”

Former Resident District Commissioners (RDCs) together with their deputies have on Monday petitioned the Speaker of Parliament Rebecca Kadaga over... 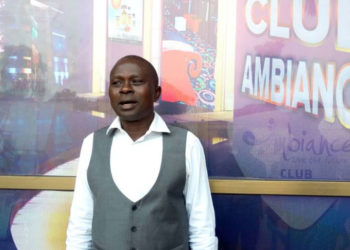 The heat from the political bonfire that has been lit by former Makerere University Don Nalongo Stella Nyanzi has reportedly...

Sudan is to ban female genital mutilation (FGM), cancel prohibitions against religious conversion from Islam and permit non-Muslims to consume...

Faridah Nakazibwe warns husband to not take her for granted