After 50 years in existence without land tiltle,Uganda National theatre has finally acquired its land title,Pius Bigirimana Ministry of Gender Permanent Secretary has disclosed.

He has however asked security minister Gen Elly Tumwine to vacate Nommo Gallery to enable gender ministry to embark on its redevelopment.

According to Bigirimana the ministry intends to upgrade the center into first class tourism centre that will offer all class of traditional foods.

Early this year, Speaker of parliament Rebecca Kadaga ordered Gen Tumwiine to vacate Nommo gallery or pay Shs 1.6 billion outstanding rent arrears accumulated since 1998 but her directive was in vain.

Parliament launched an investigation into Gen Tumwiine’s occupancy of Nommo gallery, a public facility set up by Ugandan and foreign artists in 1964.  The artists established Nommo gallery located in Nakasero in 1964 under the 1959 Act of Parliament, a component of Uganda National Cultural Centre (UNCC) and features exhibitions of works of art.

According to the parliamentary committee on Gender, Labour and Social Development report, Creations Limited, a private company owned by Gen Tumwine has been occupying Nommo Gallery since 1998 but the bush war and art-loving general has never paid rent to UNCC.

“I think it’s a serious indictment of this House that we have been budgeting for Nommo gallery, when it has been appropriated by one individual. If we don’t stop this impunity, one day someone will come and take over parliament and say, ‘this is my house. I fought in the bush war’ yes…so honourable members, this House directs Hon Tumwine to pay the rent or to vacate because it’s a [Nommo gallery] public facility,” Kadaga said.

“We also want to know from ministry of Gender, which has been receiving this money [that] we budget for? These are public funds, we want an answer about this money before we pass your [Gender ministry] budget,” Kadaga added.

The committee’s recommendations include prevailing over Gen Tumwine to vacate the public facility (Nommo gallery) and his company, Creations Limited to pay rent arrears to a tune of Shs 1.62 billion before the end of this year. 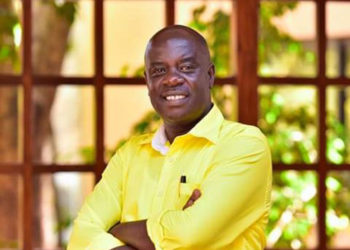 The National Resistance Movement (NRM) spokesperson Rogers Mulindwa has cautioned voters to desist from voting any politician who violates the...