In quest for the national beach soccer title for this season, the Wandegeya boys YMCA did not show any respect but rather humiliation to Kyadondo Galacticles.

This happened in the games that were played over the weekend as YMCA’s Ochen Ben managed  to score 4 goals, Ouma Rogers one goal plus an own goal from Kyadondo’s Serukwaya Dennis.

The games were played at Lido resort beach Entebbe where Serukwaya Dennis managed to score a consolation goal plus an own goal from YMCA’s Katwe Allan as well as a goal from Abdul Kareem to make the game end 6:3 in favor of YMCA.

This was due to the fact that both teams had to give back to the opponent by shooting ball into own net. For YMCA Katwe Allan dived with a header just towards his goalie as a back pass which made him pick sand instead of the ball.

The league manager Phoebe Kutamba said that this time round there is too much competition in each group which indicates a big improvement in the levels of play.

“I must appreciate all the teams that are playng this seasons league for the tight competition “ Noted Kutamba.

Other games that were played are as follows;

Though shall not steal, Bees remind sub-hoofer thief

Businessman Shukla Babubhai Mukesh famously known as Shumuk, has again lost a court battle to the Katatumba family over the... 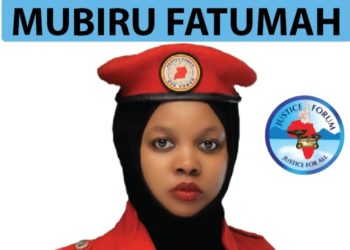 Though shall not steal, Bees remind sub-hoofer thief