by Catherine Apolot
in Entertainment, Showbiz
9 1 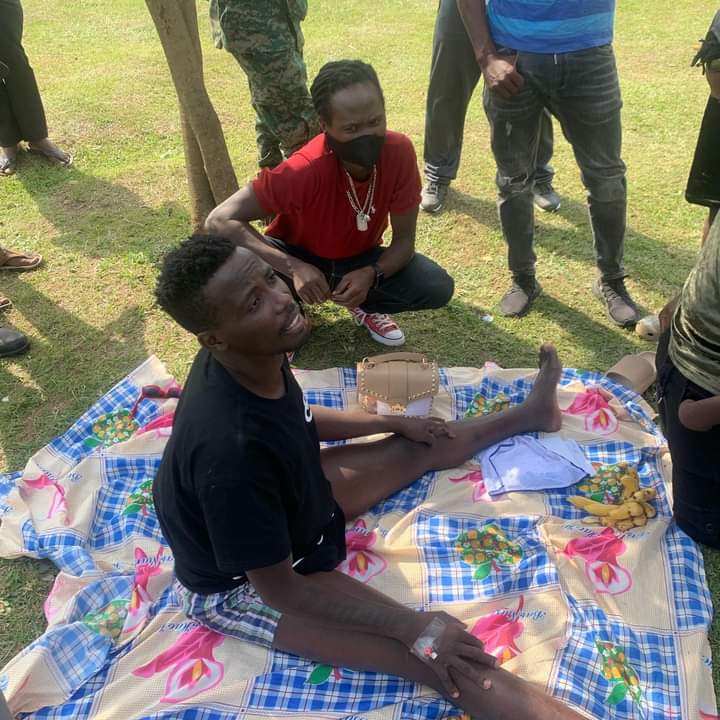 Bobi Wine’s contribution follows an attack from events promoter Balaam Barugahara who said it was too shameful for the National Unity Platform (NUP) leader to keep quiet when Lil Pazo, his renown supporter is seriously ill and in dire need of financial support.

Balaam who contributed Shs1 million to Lil Pazo on Friday said at least if Bobi Wine didnot have money he should have mobilised his supporters to bail out the bedridden singer.

“Coming from bombo military hospital to check on our brother @lilpazoofficial and deliver the President’s #message of 2m,” Dax Vibes said in a Facebook statement.

“The report will be given to you by the President himself though Lil Pazo still needs your prayers and financial support.
NB: Lil Pazo was forcefully taken back to Bombo Military hospital against his and his pregnant wife’s will from Nakasero hospital yesterday*His Nakasero reports show some food poisoning that irritated hiss ulcers.”

A few days ago, Lil Pazo underwent an operation due to ulcer related complications.

SIMON SSENYONGA: Emperor Museveni; the champion of discrimination and hostility against places of worship