by Stephen Kalema
in Entertainment, Showbiz
15 0 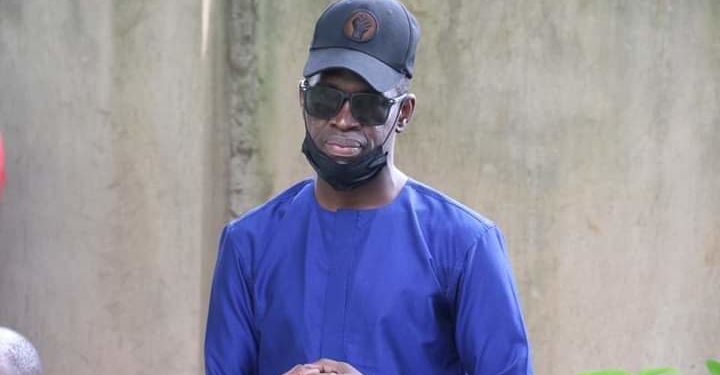 Bobi Wine’s singing partner Ali Bukeni famously known as Nubian Li has revealed why his hair was cut off the moment he arrived at Kitalya Prison.

While speaking to journalists on Tuesday at Magere, Nubian Li said while at Kitalya, him along with his National Unity Platform (NUP) colleagues faced a lot of difficulties such as racism orchestrated by the prison warder. He alluded that prison guards mostly favour Indians and white prisoners than fellow blacks.

“When I joined this struggle I knew there will be death, torture and arrest. Even when they arrested us, I expected torture either physically or psychologically. And one of the things they did to frustrate us was to cut off our hair and those who had beards were also shaved off,” he said.

“They said that it was a prison policy yet it was not true. From what I discovered in Kitalya there is a lot of racism, every black inmate must shave off his hair while whites and Indians inmates are allowed to keep it.I tried to explain to them that this is my style and one of the ways I brand myself but the warden insisted that it was a prison policy. ‘Secondly, the order came from the top leadership’ he told me. This has been the practice whenever we would be coming to the court, we had to first shave off.”

The singer further added that cutting off his hair was somehow a blessing in disguise since the prison dormitories were full of lice.

“The prison is full of lice, there is no way one would survive them. At times I thanked God because I imagined the way they used to bite us on bearskin then it would have been worse if my hair was still on,” he said.

On how he spent his daily routine while in prison, Nubian Li said that he used the whole of six months reading books.

“I spent most of my time reading books. Unfortunately, many books that I sent for were censored by OC prisons since we were regarded as political prisoners. They are many books they refused us from reading and according to the Deputy OC, we were not supposed to read such topics while in their prison. Until one day I challenged them to provide me with President Museveni’s Mastered Seed surprisingly they also refused to give us that book.”

He said that what kept them going despite the frustrations by the state was to believe in themselves and the unity they had within the prison. On the style of feeding, he revealed that the posho fed to inmates was too bad.

“The posho was poorly milled to the extent that even dogs can’t eat that type of posho. We were only safe in case the food was eaten hot and in case you ate it cold, you will suffer from diarrhea. And the unwritten rule within the dormitories was that; no one must eat cold posh since the result will be dysentery or diarrhea.”

However, Nubian Li does not regret at any time the choice he made that led him and his friends into prison because it has changed his mindset and also he has got new friends.

“Fighting for freedom always comes with blessings, we have made friends. Many people who we never expected came to visit us but due to what is happening in the country they did not expose themselves.”

He noted that they are still many youths incarcerated in Uganda’s prisons for political reasons.

“Youths in Uganda who want change, I want to assure them that as long as President Museveni is still the president they will taste on the venom of the prison.”

Nubian Li with other 48 supporters of Robert Kyagulanyi were arrested on December 30, 2020, in Kalangala District and arraigned before the chief magistrate in Masaka City in January 2021 where they were granted bail.

However, they were re-arrested and detained at the Makindye Military barracks for days before they were arraigned in the army court where they were charged afresh and remanded to Kitalya prison.

Their bail application has previously been blocked by the state on claims that they would incite violence. But finally, they were released on Monday on a non-cash bond of Shs20m.