You will pay for it! Singer David Lutalo curses promoters after failing to receive a share on the Shs6.5 bn stimulus fund 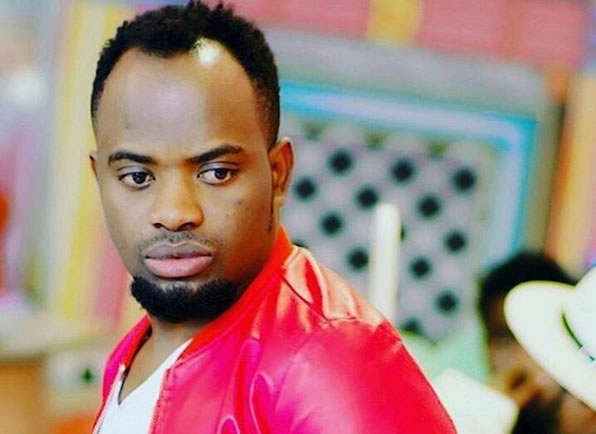 Singer David Lutalo is currently cursing after events promoters refused to consider him for the stimulus fund they received recently.

A few weeks back, promoters received a stimulus package of Shs6.5 billion to help them cover for losses incurred during the Covid-19 lockdown and Lutalo was convinced that he would get share because his management ‘Da Hires’ had organised for him several show which were also affected by the pandemic.

In a video making rounds on social media, Lutalo says that he was the first person to make a file after someone tipped him off that people who had organised shows were to be compensated for their losses.

But after submitting his file, they told him that it had some errors so he decided to make another one based on the guidelines he was given but still this didn’t save him.

“When promoters knew I had a huge loan in the bank, its when they started bouncing me and refused to consider my file. Those people know very well that I organise my own shows and sometimes I even sell them to you (promoters), one day you will pay for this, because I know you’re doing it to intentionally hurt me,” Lutalo said.

The singer also stated that promoters told him that money was specifically meant for them (promoters) , but wondered why his fellow artistes like Bebe Cool and Catherine Kusasira received a share of the fund.

Lutalo is not the first person to complain about the package as recently, Dembe FM’s DJ Jacob Omutuuze even promised to do something extreme if he doesn’t get his share.

“I was the promoter behind #SparkTV MegaFest and injected more than Shs100m into it so that it could happen. If you see me doing stupid things now days bembi don’t be surprised because you don’t know how it feels when someone is getting money through your sweat,” Jacob said.

However, promoters still maintain that the money was specifically meant for them only.

It's not over yet! Bobi Wine sends warning message to Museveni upon release of his supporters