by Catherine Apolot
in Entertainment, Showbiz
8 0 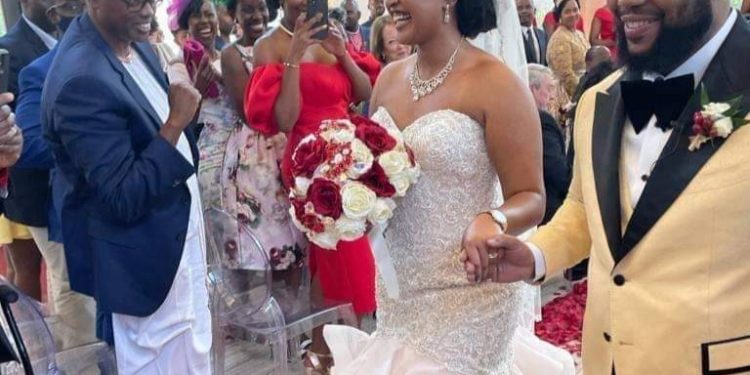 Princess Komuntale with her husband Phil

Tooro Kingdom’s Princess Ruth Komuntale is off the shelf after marrying her long time fiance Phillips Anthony Amooti in a glamorous wedding ceremony.

The ceremony took place in USA on Saturday. It was attended by Komuntale’s brother King Oyo Nyimba Kabamba Iguru, the Queen Mother Best Kemigisa among other friends and family.

Komuntale and Phil started dating in 2018 and the two lovebirds have since been living together in Atlanta, USA.

The beautiful sister of King Oyo separated from her first husband Duke Christopher Thomas in 2013.

After their divorce, Komuntale accused Thomas of being promiscuous and physically abusive.

The couple had spent less than a year in marriage.

But who is Phillips Anthony?

Well, Phil is an American born guy. After meeting the King in 2018, he was given the pet name Amooti. It is usually given to men who marry into the royal family.

Duke Phil studied at Park University and University of Maryland University College. He is a Computer Network Engineer and has worked with the United States Air Force.

We’re not done with you yet! MP Zaake spits fire in letter to Gen Museveni over calls to move on after elections