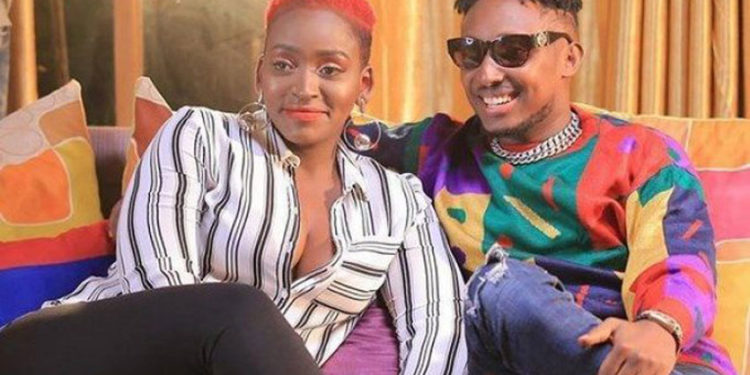 Nwagi is one of the few artistes who never bend because of social media negative criticism, for when you approach her with negativity she blasts you immediately.

Aside from that, the ‘Fire baby’ has also occasionally engaged in several physical fights.For instance when she beat up her maid, she has frequently fought in bars, among others, not forgetting her most recent incident in which she trashed a certain restaurant after failing to pay for her meals.

But during an interview with a local media channel, Chosen Blood said that Nwagi has a good side that people don’t give attention to most times, but instead they focus on her fouls.

“People like to focus on the bad but Winnie is a very good person but it’s unfortunate that most people never want to understand her good side. You people should take time and understand her,” he said.

It’s not a surprise that Chosen defends Nwagi so much because the two are rumoured to have a secret intimacy, although they have always denied it saying that they are only close friends.