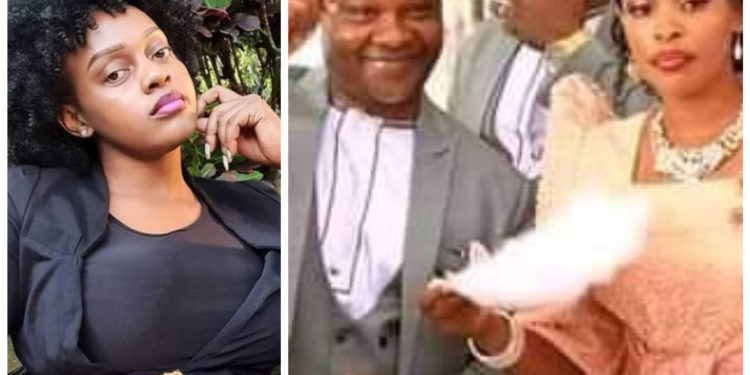 After receiving countless insults on social media, businessman Emmanuel Kaweesi Lwasa has threatened to arrest everyone trolling him over BBS Telefayina’s Diana Nabatanzi.

For days now, Lwasa has been bashed left, right and centre on social media after bringing details of his failed intimacy with Nabatanzi in the news. The Masaka based businessman did this after being introduced by another woman last weekend.

Lwasa claimed that he bought Nabatanzi a brand new car, gave her business, paid for her rent and also supported her lavish lifestyle but in return the TV star failed to give him a child or even make their relationship official. These statement made Lwasa a target for all kinds of insults from netizens.

However, during an interview with Bukedde TV on Wednesday, Lwasa promised to arrest and drag everyone who’s insulting him over Nabatanzi to courts of Law.

“Whoever will insult me without using brains over this issue I will drag you to courts of law. One thing I learnt in my past relationship with Nabatanzi is that these girls tend to play some cards,” he said

Lwasa also noted that he decided to dump Nabatanzi after discovering that things will not work out since the latter never even wanted to walk with him in public.

“The day I ditched Nabatanzi was when I went with her to a bar and she came covered in an outfit similar to those of Muslims. She clearly looked uncomfortable with me. That is a point where I said I wouldn’t hang out with her again,” he said.

Fake it until you make it! Bobi Wine boasts after speaking to 'wrong' Venezuela President, roasted by netizens