by Catherine Apolot
in Entertainment, Showbiz
7 0 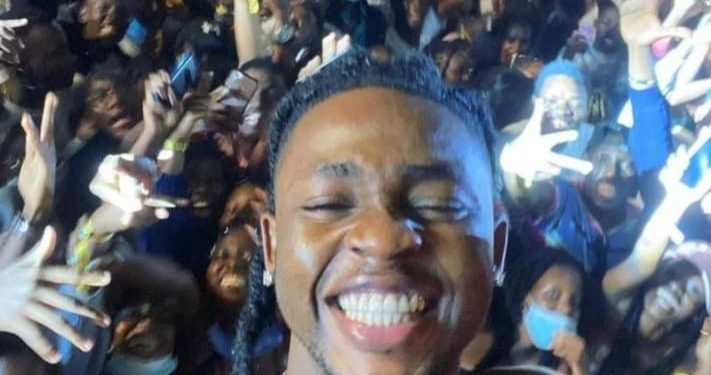 Nigerian superstar Omah Lay has revealed that the few days he spent in Uganda have been the toughest in his life.

Omah Lay and his fellow Nigerian singer Tems were arrested last Sunday for staging a music show in Munyonyo which contravened the Covid-19 guidelines. The show had happened on Saturday 12th December 2020.

The music stars were charged on Monday at Makindye Magistrates Court before being remanded to Kitalya and Kigo prisons.They were charged with negligently doing acts likely to spread an infectious diseases C/S 171 of the Penal Code Act.

On Tuesday, the government of Uganda dropped the charges against Omah Lay and Tems before letting the stars free.

Speaking about his ordeal, Omah Lay who landed in Nigeria on Thursday, said the days he spend in Uganda are some of the toughest in his life because he was treated like a common thief.

” The past few days have been some of the toughest of my life that I wouldn’t wish them on anyone. Out in a new country with some beautiful people, the next thing I’m being treated like a common thief,” the singer posted on his social media pages on Thursday.

“Before we came out to Uganda, the show promoters confirmed and proved to us they’d secured all the clearances which of course included Covid 19 compliance. At that point, my sole obligation became to make myself available to be taken to the venue and entertain, which I did in the full glance and protection of the Ugandan police. I have put this behind me and back to what I know how to do best. One Africa Omah is home.”

Bobi Wine: I embarked on a journey to end Museveni’s rule 10 years ago