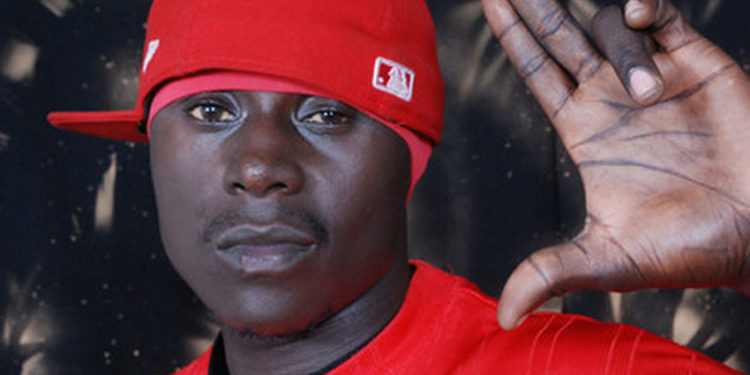 The disturbing video where faded rapper Rocky Giant is under torture at the hands of Presidential Advisor Buchaman could surprisingly turn into a lifetime blessing for him following the much needed public attention it has attracted.

Rocky Giant was on Thursday seen in a video that has since gone viral on social media pleading helplessly as a group of seemingly drug intoxicated men led by Buchaman exerted terror on the rapper for allegedly calling himself the Ghetto president, a title ‘reserved’ for the former fire base second in command.

Rocky was also tasked to explain why he had reportedly made it a habit of disrespecting and talk ill of the Ghetto leader as if he didn’t know the important position he holds in this country.

The video has since spurred a public protest with many people castigating the manner in which Buchaman has treated the veteran singer.

Fellow singer Sheeba Karungi took to her Facebook page to castigate Buchaman for the behavior on Thursday, while Kazibwe Kapo called for justice from the authorities over the Government official’s unbecoming conduct.

In solidarity with the veteran rapper for whom things clearly seems not to be going on well, numerous offers have started pouring in mainly from fellow entertainers, aimed at reinventing his stagnated music career.

The successful lyric maker also announced that celebrated tune aggregator Diggy Bour had offered free production services for Rocky while video maker Jahlive would do 3 free videos for him.

Comedian Tata Sam has equally pledged to write three video scripts for the musician and also act as a vixen in one of them at no charge.

Socialite Alicia Bosschic also announced that she had secured for Rocky a collabo with Tanzanian Rapper Rayvanny.

Rocky Giant was one of the most prominent musicians in the early 2000s with his ” Ndi ngoma Nene” hit song gifting him a name in the industry.

He has also variously been named the father of hip hop music with his name admittedly mentioned as an inspiration by contemporary rappers like Mun G, GNL Zamba and Navio.