by Catherine Apolot
in Entertainment, Showbiz
13 0 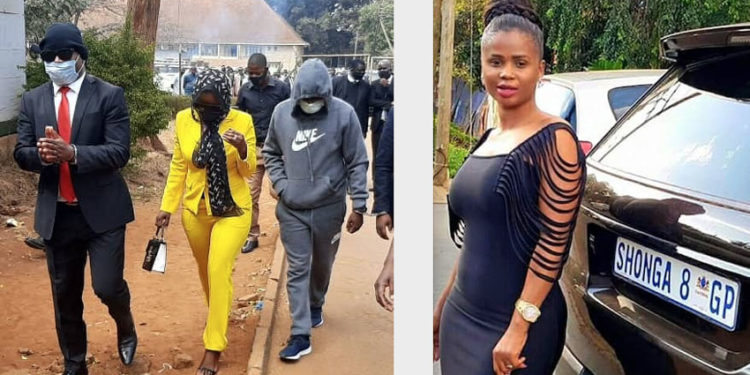 Other two accused persons in the case, MERA spokesperson Patrick Maulidi and Bright Mbewe from MERA procurement department have also been released on bail.

Chipawo also told the four not to interfere with witnesses and to surrender their travel documents.

The suspects are answering charges of fraud, money laundering and entering into procurement with an employee.

The state says the four forced the MERA Internal Procurement and Disposal Committee to award a contract worth K107 million to Vink Enterprise which is owned by Shonga, who is also Magalasi’s business partner.

During their first court mention, the trio’s lawyers requested for a bail but on Monday, the Magistrate in charge of their case turned down their request on grounds that they might influence the witness if granted a bail.

They were remanded to prison again to allow police to continue with its investigations.

However, despite the criminal allegations, Dorothy’s ex-husband Herbert Shonga believes in his baby mama’s innocence and recently he advised their fans to remain strong for all will be well with Dorothy.

“She needs no saving because she is innocent” Herbert said via social media.