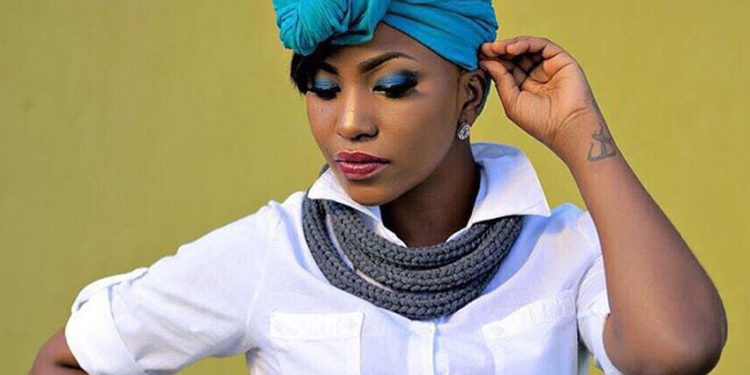 Gashumba and Tina- real name Christine Karungi have been making headlines, ever since the former NTV Da Beat show host came public and shared how Tina has constantly made her life a living hell since she joined Urban TV.

On Saturday, Gashumba’s boyfriend Ali Marcus aka God’s Plan shared a video that portrayed several shows on which Tina, bullied, abused, slandered several celebrities. This video was aimed at showing people how ‘unprofessional’ Tina is while on-air .

The #Stopsocialmediabullyinginuganda’ twitter hashtag has since attracted so much attention from tweeps, including Ntale who has noted that enough is enough; though we are not yet sure on how she’s going to do it, but Ntale promised to make Tina stop bullying others.

“Enough is Enough Tina Fierce. You have to stop and you are going to be stopped,” she said.

Ntale claimed that she did not share her thought to attract any attention but came out to speak about Tina’s cyber bullying because its too much.

“I don’t chase any clout! I always keep in my lane. You don’t see me fetching for TV interviews etc. I only go when I have to communicate! So again I don’t need to chase any clout! What is wrong is wrong,” she said.

Recently, Gashumba threatened to sue Tina on grounds of defamation. She noted that Tina has constantly used her show ‘Scoop on scoop’ to pin her for prostitution, abortion, miscarriage among other things.

Gashumba wondered why Tina hates her that much to the extent of faking such sensitive stories about her, when the two have never been friends, workmates or shared anything.

“The claims that I’ve ever aborted and had any miscarriage plus ever being pregnant are all false and baseless. I am a person who gets sick once a year, my family genes are so strong and in fact, it’s even very hard to find or hear about me suffering from Malaria,” Gashumba said recently.