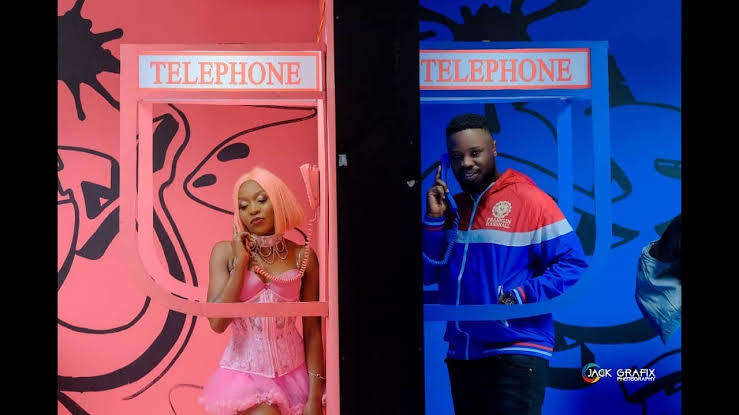 Singer Karole Kasita has come to Daddy Andre’s defence after an upcoming artiste pinning him of sexual harassment.

Recently, a new talent Nadia Rania took it in the news and narrated how Andre was begging sex from her in exchange of giving her the song she recorded in his studio, however Andre denied these allegations, claiming that Nadia is just putting him through this drama to get media attention.

During an interview with Sanyuka TV on a few days ago, Kasita said that begging sex from Nadia doesn’t make Andre a bad person, since he didn’t rape or do anything extreme.

According to Kasita, Nadia should know that she isn’t the first female artiste to go through such experience, but putting such things in media isn’t the right way to go.

“To come from the far we’ve come to this level, sex has been begged from us many times. So you mean whoever makes sex advances should be exposed? What she has done isn’t good. It’s her right though but such things cannot be revealed on TV. Such things should be taken to the Ministry of Family Affairs, not media,” she said.

Adding that in such circumstances, Nadia would have consulted with any of her fellow female artistes to teach her how to handle such things instead of bringing it out in news, because many of them have gone through it.

“We have passed through the things she talked about. I have personally had many encounters and it’s sad but for my fellow female artistes, if someone ever did that to you, you’d need to consult fellow artistes and friends to see how to go about it because media is not your friend.”