by Allen Kisakye
in Entertainment, Showbiz
77 3 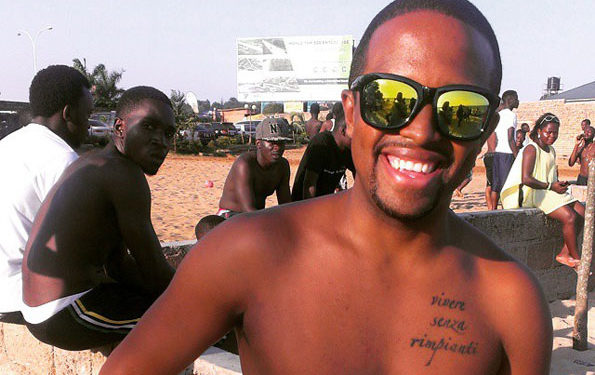 Trending in Uganda ever since the turn of the year is ‘rape.’

This after an unnamed woman came out and accused Vision Group employee Denzel Charlie Mwiyeretsi of rape.

The accusations led to a campaign on social media in which victims were encouraged to come out and name their tormentors. Although not yet comprehensive, a list was compiled by lawyer Joaninne Musiimenta Nanyange in which several businessmen, lawyers, musicians, media personalities were named as alleged rapists.

Also, in conjuction with the Uganda Parliamentary Forum on Youth Affairs, victims and others with information about rape and sexual harassment have been encouraged to get in touch with the chairperson Ann Adeke Ebaju and the activist Kirabo Marion to help bring the alleged perpetrators to book.

Here are some names,

The trend started with him after a lady narrated that she got raped when she had gone to Vision Group to have an interview with Denzel. She alleged that on reaching Vision Group, Denzel told her that he needed to first go home to freshen up before they could kickoff with the interview, something that the victim accepted. But on reaching Denzel’s apartment, things just turned bad for her.

A ‘Remnant’ who often attends Elvis Mbonye’s weekly preachings, this nearly forgotten gospel artiste has returned to the limelight for all the wrong reasons. He allegedly attempted to rape one of his friends on the eve of his wedding to Sheila Agaba in September 2014.  Although many accused ‘rapists’ have remained silent, Ruyonga noted on twitter that “What’s this #churchtoo nonsense? Subtle hate aimed at the church? And Christians are buying in? We’re a spiritual kingdom; devil can’t win this or any fight.”

A tweep also came out and narrated how this Hot100 radio presenter raped her when she was just 15 years of age. The victim alleged that she was invited for an interview by Kahuna on his radio show ‘Hot breakfast’ because she had a good voice, but it was all a trick to get her into forced intimacy.

He is a Makerere University Business School (MUBS) student aspiring for Guild President’s office, but reports on social media allege that he to also a rapist , and a group of ladies have came out to accuse him on that crime.

He is a city lawyer and his alleged victim claims that this law maker often hangs out a lot in clubs, bars and at the Beach where he spots his victims. According to some victims, Kasirye prefers to call himself the ‘CDK Maestro’ and it’s his commonly known name.

He is a popular business man and a proprietor of Panamera bar and restaurant Kampala. Desh was not so long ago accused of murdering one of his tenants Badru Kateregga, and now a group of ladies have come out to accuse him of rape.

Reports have it that he used to work with Coca-Cola group of companies as the Marketing/promotions manager, and the alleged victim claims that during his time in office, he would force girls into sex to get them a job.