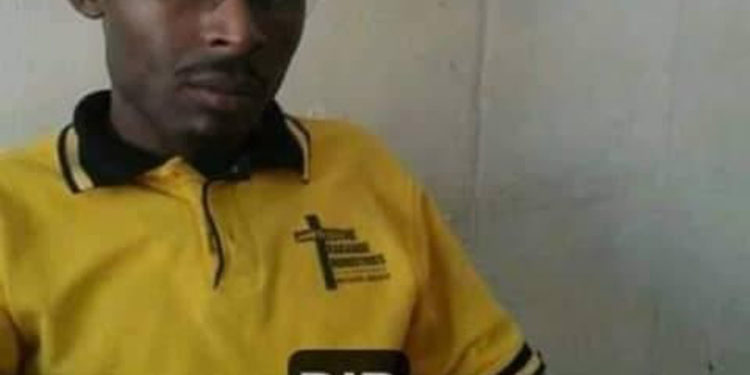 A supervisor attached to Saracen Security Company on Thursday committed suicide by shooting himself.

The deceased identified as Dennis Musinguzi, 29, a resident of Bugongi in Kabale Northern division in Kabale municipality had been summoned by police after he was accused of defilement.

The deceased reportedly arrived at Kabale police station with his pistol number PSO TII02-6801019 which he used to end his life.

He had been accused of defiling a 17-year-old resident of Rutenga cell in Nyabikoni ward of Kabale central division in Kabale Municipality.

A case against him – reference number CRB 008/2020 – had been opened against him at Kabale police station.

Kigezi regional police spokesperson Elly Maate says that the police examined the body, and pistol as well as one cartridge were recovered and exhibited.

Maate says that inquiries into the matter are still on going.