by Kelvin Patrice
in Entertainment, Lifestyle
2 0 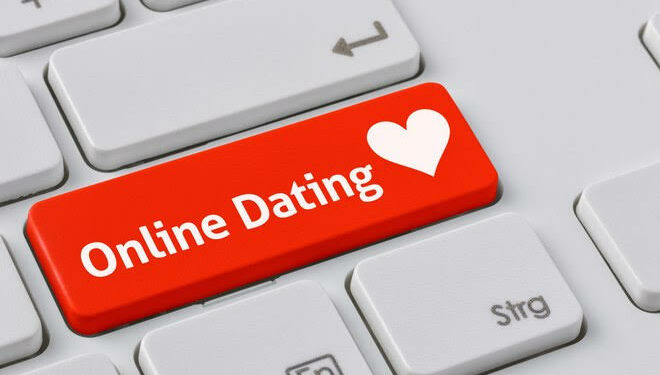 The advancement in technology, especially the coming of the internet has seen direct social networks drastically shrink in favor of social media networks.

It’s not uncommon finding next-door neighbors not speaking to one another for months yet they are in constant contact with strangers they meet online!

Relationships have neither been spared by the new trend. Many people, partly due to lack of time for physical socialisation, found themselves settling for the internet to find love for both enjoying good times and marriage.

Dating sites have been mushrooming one after the other to the extent that some people, both young and old treat it as a way of life.

The most pertinent question however is that; Is online dating worthy of the pain, the bother, and the uncertainties?
After nearly two years of this, I’m worn out and tired

“I’m becoming fed up with online dating. Maybe this is a sign that it’s time to take a break,” Says Vanessa a lady in her late thirties who has been on a dating site for over two years.

Vanessa breaks down five categories of daters she has interacted with over her period on the App, reasons for which she feels it could be time for her to delete herself or take a break!

The first group is what she calls the Real Deal. These, she says are exactly who they say they are — nice guys interested in meeting someone. There’s no pretense, just honesty.

“Although I haven’t found a match among this group, I admire their tenacity, vulnerability, and optimism.” She confesses.

The second group is the Masqueraders.
They play at dating, like actors on a stage. Once matched, communication occurs in spurts of monotonous drivel. There’s endless small talk with minimal action. It’s worse than chitchat at a party. “Hi,” “How are you?” “Whatcha doing?” pepper the message thread. I’m tempted to shoot back, “Hanging out here, trying to find the love of my life!” but don’t!

It’s as if the idea of a relationship supersedes actual interest. Instead of addressing their dating ambivalence, these people play make-believe instead of making a real effort to meet someone.
Or maybe, they’re in it for the admiration and attention or for the reassurance that they are datable. Whatever the underlying reason, all their engagement is only for show.
Until recently, Vanessa says she has been too nice and tolerated the mind-numbing texts when I should have shouted, “Next!”

Then there are the Ghosters.
She notes that she has met two of these, and, honestly, that’s two too many.

“This group is hard to spot. One guy wanted to hear my favorite memory and shared one of his. Their texts are engaging and feel authentic, that is until it’s time to meet.
The first messaged he was running late but never showed. A few months later, he contacted me again in hopes of a second chance. Not that dumb, I said, “No, thank you.” She narrates.

The second asked to reschedule our first meetup and then ghosted me!

This group mystifies me. Why go to all the effort to stand someone up? There’s something particularly cruel or malicious about leaving someone waiting. I picture them at home snickering that they wasted my time and dashed my hopes.
There’s been a lasting effect, too; it’s planted a seed of doubt. These days, I think twice before agreeing to go out.” Vanessa laments.

The next group she talks about is what she calls the Bait & Switchers.
They use the desire for a long-term relationship much like a fisherman puts a worm on a hook. Be careful and don’t fall for the ruse. They are on the hunt for something casual.
Why the false advertisement? Maybe, they fear they’d lose out on the best dates. Or, perhaps, they’ve fooled themselves into thinking they’re after something they’re not.
In the beginning, this group is always hard to detect.

“My neurodivergence makes it challenging to interpret some communication, especially when pretense is involved. So, I got taken in a time or two,” she reminisces.

There’s nothing worse than being french kissed five minutes into a date by a total stranger with poor hygiene or being stuck in an awkward situation for an hour or two,” she continues.

These days, she says she spots them easier. They like to ask test questions, like, is kissing on the first date permissible? or say that if sex happens, it happens. Once an ulterior motive is detected, I quickly clarify physical contact won’t happen until we both have feelings. That’s led to a few rapid unmatching.

The final group are the Pickup Artists. She describes these as the worst and most damaging. They are like sharks trolling the dating waters for easy marks. This group is masterful at deception.
She confesses to having been bitten by two of them. They both hinted they conducted online research before meeting, no doubt so they could tell exactly what she wanted to hear.
They talked of future activities, dates, and trips and were courteous. “One offered to his jacket; the other met me with a bouquet of roses!”
Each time she thought she had met the man of her dreams. They were attentive, thoughtful, and sensitive

“That is until they got what they wanted. Then they were gone, leaving me feeling stupid for being duped.
I missed the subtle clues that they were not who they seemed. One bragged he’d studied the art of picking up girls. The other had a string of broken marriages. Both rushed the relationship along and pushed for sex early on,” she regretfully recounts.

She narrates that the encounter with these two guys has damaged her trust. She is a lot hesitant in meeting new people and feels a surge of fear as she dresses for a date. She questions herself and wonders if she is up to say no.

My Conclusion to Online Dating
Someone recently called it correctly. “You’ve been burned,” he said.

Sadly, something supposed to help people find love has left many a bit worn and tattered.

Is it time we resort to the old normal of hoping for organic love? This too has been hampered by the ever-thinning social circles of most people. It would take a miracle. these days, employed and self-employed people rarely have time to socialise as rarely leave home.

“My last dating app subscription ends in a few days. I may let it lapse and see what happens. No promises, though!) Single life is good; I’ve never been happier.” She sarcastically states.