by watchdog
in Entertainment, Lifestyle
15 0 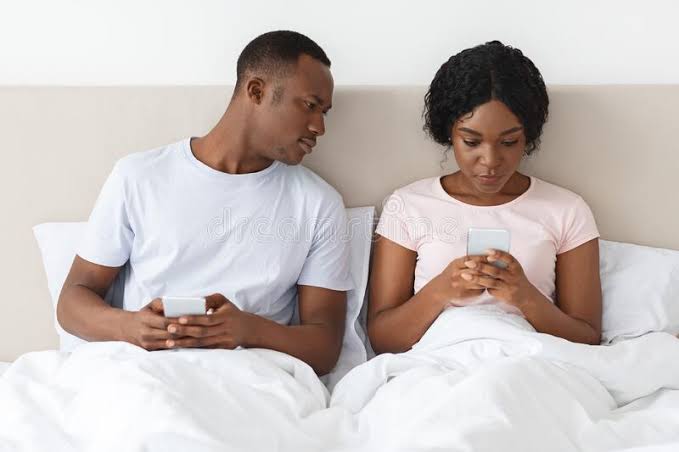 If you’re under the impression that it’s mostly men who cheat on their wives, then you are mistaken. According to new research, many married women are seeking affairs for romance and sexual satisfaction without any plans of divorcing their partner.

The research, which looked at 100 heterosexual, married females between the ages of 35 and 45 and their online conversations with potential suitors on discreet dating service AshleyMadison.com, found that 67 percent of the women seeking an affair cited the desire for more passion.

“The most predictable thing about a relationship is that the longer it progresses, the quality and the frequency of sex between the couple will fade,” says Eric Anderson, co-author of the study, a professor of masculinity, sexuality and sport at the University of Winchester in England and the chief science officer at AshleyMadison.com. “This is because we get used to and bored with the same body.” The boredom of marriage drains intimacy of excitement.

Cheating With No Plans to Divorce

Surprisingly, many women lusting for extramarital intimacy have no intention of divorcing their husbands.

Anderson explains that all of the women evaluated in the study had no desire to leave their husbands. Instead, they were adamant that they were NOT looking for a new husband. “Many even stated their overt love for their husbands, painting them in a positive light,” says Anderson.

Rather than seeking multiple partners, women in the study exclusively wanted an affair with only one man.

Women get lost in the boredom and monotony of marriage, according to Dr. Jane Greer, a New York-based marriage and sex therapist and author of How Could You Do This to Me? Learning to Trust After Betrayal. When they want to feel like they’re special and adored, they tend to seek only one partner to fulfill that need if their husband isn’t meeting it. “They look for Prince Charming who makes them feel like a beautiful princess and can make them feel appreciated again.”

Anderson also reasoned that women only have affairs with one man because of the need to feel emotionally connected in order to be satisfied sexually.

Men, on the other hand, tend to cheat with many women. There’s less risk of exposure when emotional connection doesn’t come into play, according to Dr. Greer.

“Men don’t want to keep all their eggs in one basket; they’ll cheat with multiple women so they don’t become too invested,” explains Dr. Greer. “There’s also less of a chance that the other woman will make demands on him to leave his spouse.”

The Implication of Gender Roles

Throughout history, men have been rewarded for being ‘men.’ From being hunters to protectors and breadwinners, the socially constructed gender role of ‘being a man’ has been to be powerful and successful in all aspects of life — including sex.

Men are rewarded for having multiple sexual partners, which Anderson notes as being a ‘stud.’ Women, on the other hand, are stigmatized as ‘sluts’ when they have multiple partners.

Anderson reasons that women only sleep with one over many partners to avoid being deemed a ‘slut.’ “One way of telling themselves that they’re not ‘sluts’ is to say that they’re desiring monogamy with their infidelity, and that monogamy must have passion,” explains Anderson.

Why even get married?

People have started to question whether traditional marriage even fits into the hustle and bustle of modern life.

With the high amounts of divorce, cheating and changes in sexual habits, Anderson stresses that, “It’s very clear that our model of having sex and love with just one other person for life has failed — and it has failed massively.”

Dr. Greer has a different view of traditional marriage: “If you have a shared history, support, family, beliefs and connection, you can have a life-long relationship. As years go by, people change and grow, and it’s important for relationships to grow as well.”

To avoid the monotony of marriage and the subsequent seeking of affairs, Dr. Greer stresses the importance of paying attention to your partner. “Hearing what your partner wants, especially sexually, will bring understanding to the relationship and facilitate growth.”

Compromise is also extremely important. You might not want to bring the same things to the bedroom, but it’s important listen to the needs of your partner. And if you’re the one craving to heat things up, it’s important to communicate your desires with your partner.