by watchdog
in Entertainment, Lifestyle
26 1 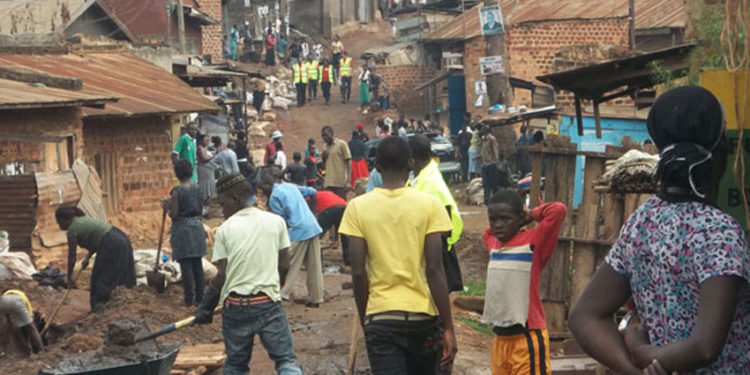 A lot of people are clearly not good at managing their own income and they normally end up broke month after month. The fact is that the cycle of overspending usually leaves them poor, even if what they earn monthly actually means they are seen as well above the poverty line.

Now if everybody will like to be successful financially, then why isn’t everybody wealthy?

Definitely the answer isn’t an easy one. The truth is that there are so many circumstantial reasons, such as having no mentors, staying in a place where there’s a lot of competition for jobs and Walmart happens to be the only place hiring, and not having the right access to quality education.

But most times, being poor is just a state of mind. A lot of times, being poor creeps into your head and takes over. Listed below are some of the bad ideologies, behaviors, and mistakes which so many people fall into that normally keep them from getting success.

1…Spend more than you earn

He also went further to say that the good news is you can simply face this from both sides of the equation. “Just spend less to actually live within your means and then work to earn lots more so that you can have more financial breathing room.”

2…Live on government benefits and avoid to work

According to Merriam-Webster discipline is a method of behaving which shows a willingness to follow orders or rules. Although a lot of people normally associate discipline only with social behaviors, it can also be applied to the way you manage your finances. Financial discipline can be described as how well you are able to control your saving and spending to the strategies which you have already set to achieve your monetary goals.

If you don’t actually have a financial plan in place, it will be very hard to be disciplined about the way you use your money because you didn’t create any guidelines for yourself which you are supposed to follow. Now when you are creating a plan, always take a look at both the short-term and long-term dreams which you have. The fact is a budget is actually a part of the plan but the reason isn’t to stop you from using any money. Instead, having financial discipline normally allows you to make sure you have the money for what’s actually most necessary to you.

Getting financial freedom is actually not a very simple goal. Most people don’t know the principles of financial discipline because they start too late. They normally spend up all their income every month and find it very hard to put aside savings each month.

Lacking financial discipline isn’t a good thing, but it’s actually a skill that is very simple to learn.

Financial education can be described as the addition of debt, financial and credit management and also the knowledge which is important to make financially responsible decisions that are part of our everyday lives. Financial education includes knowing exactly how a checking account works, the real meaning of using a credit card, and how to prevent debt. Financial education have an impact on the day to day decisions made by an average family when they are trying to fund their children’s education, buy a home, balance a budget, and ensure an income at retirement.

A lack of financial education brings about poverty and it is not an issue that is only in developing or emerging economies. People in advanced or developed economies also fail to show a big grasp of financial principles that is needed to understand and negotiate the financial landscape, effectively manage financial risks and then prevent financial pitfalls. Countries all over the world, from Japan to Australia, or from Portugal to the U.S., are faced with so many people who do not know financial basics.

The level of financial literacy is different according to education and income levels, but studies shows that people who are very educated with high incomes can also be very ignorant about the issues of finances just like those people who are not very educated, lower income people. But in general, people with low income tend to be less financially literate. And it seems they don’t want to learn. The Organization for Economic Co-operation and Development (OECD) in a recent survey which was done in Canada found out that choosing the right investment for a retirement savings plan was harder than a visit to the dentist.

5…Get a loan for everything

If you really want to come out of the poor cycle, then you need to know that using cash to purchase things (most especially products which depreciate in value) is the main key to coming out of the “poor” cycle. Have you ever taken a look at what part of town you normally find the rent-a-centers? It isn’t actually where the rich people stay. Just like Kiyosaki said in his popular book, Rich Dad, Poor Dad, the poor and middle class immediately purchase their luxuries even if it is on credit, while the rich wait, save up and buy it with cash.

6…You’re stuck in a debt trap

Kristin Wong of Brokepedia said that when you are poor, it’s very simple to get stuck in a debt trap because you will always be very desperate. It may be a debt settlement scam, payday loan or maybe just making use of a credit card for an emergency purpose, it’s very easy to make quick decisions when you are stressed, and these decisions normally keep people broke.

7….Have great ideas but do nothing about them

To start with you don’t really know if your ideas are good or not, until you start executing them. Before you start executing them they’re just fantasies. The very first solution required then to have so many good ideas, is to know that a lot of them aren’t so good after all; with that you will have lesser and truly awesome ideas, and that will make you not to feel like you have too many of them.

Then you will have to start convincing others that your ideas are really good – so good, that those people will need to work on executing the ideas with you just in return for part of their value in the future.

If you don’t make much money and you can hardly pay your bills, then the idea of saving money will be very laughable. When all that you only have left in your hand at the end of the month is just Shs50,000, why will you even bother to start saving? Now it is because everybody needs to start somewhere, and if you work very hard at it, your financial situation will definitely improve over time. The truth is saving money is always worth the effort because it normally gives you peace of mind, it also gives you options, and the more you save, the simpler it becomes to get additional savings.

Lack of planning is also one of the main causes of poverty. So many old age people usually suffer from poverty because of the lack of regular savings or income. Besides the weakness physically, poverty normally hurts them a lot. That’s the reason we always see so many old age people trying to get some monetary aid. Nowadays it is quite simple to prevent by going for old age pension plans or making sufficient savings etc.

10…You don’t stick to a budget

Having a budget is personal finance 101, yet a lot of individuals still don’t have a budget or they just refuse to stick to one. “So many of them usually end up in financial hardship just because they think they don’t need a budget,” said Michelle Schroeder-Gardner, who is a personal finance blogger at Making Sense of Cents.

“The truth is no matter how poor or rich you are, a budget is actually a strong necessity because it can assist you to figure out where your money issues are and what you will need to do in order to improve your financial situation.”