by Mubiru Ivan
in Entertainment, Lifestyle
125 8 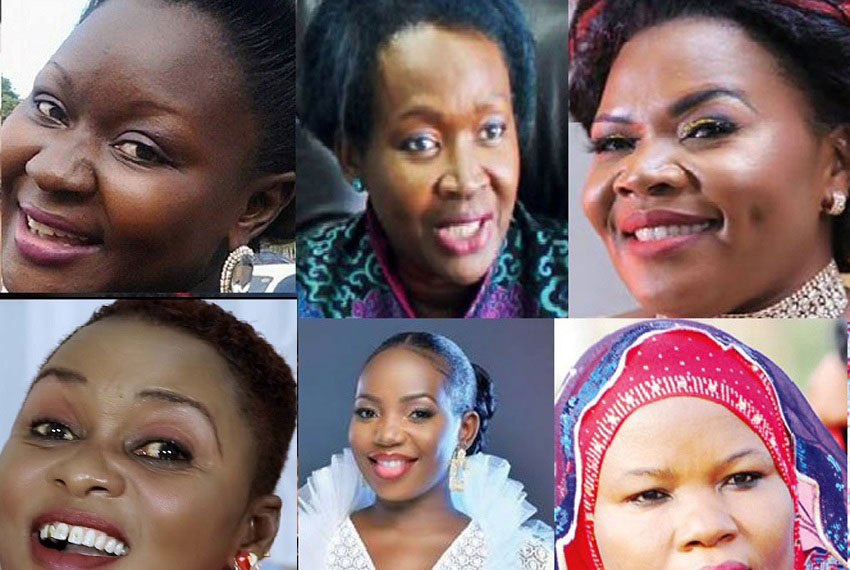 LIST: 12 men who have allegedly ‘slept’ with Mama Fiina

No woman longs to walk down the aisle to the strains of “Here Comes the Second Bride”, absolutely not.

Unfortunately, sometimes nature dictates and boom you find yourself getting married to man who is already matrimonially attached to someone else.

We hate being the bearers of bad news. But ladies, let’s face it. All the good men are already taken, or so it seems.

Just when you think you have finally found ‘the one’, that perfect guy who fits your criteria, he drops the bombshell that he’s in a committed relationship.

So if you’re a second wife, just know you’re not alone.

Take a look at some of the prominent second wives in Uganda:

Maria Kiwanuka is the former Finance Minister of Uganda.

She is the current wife to city tycoon Mohan Musisi Kiwanuka. The businessman’s first wife was called Beatrice.

Mama Fiina real names Sophia Namutebi is the leader of traditional healers in Uganda. She is the third wife of Hajj Ismail Ssegujja.

The couple got married in 2017 following the murder of her husband Maj Muhammad Kiggundu.

Senga Kulanama is Jumba’s umpteenth wife though during weekend, the former told all his wives to go marry other men since he had decided to stay with only his new wife.

Singer Sophie Nantongo is the current wife to football coach Sam Ssimbwa. Before the couple got married in 2011, Ssimbwa had a wife with whom they have four children.

Nalongo Lukia’s claim to fame was when she recorded a video of herself, calling for help as Sebulime and Babirye prepared their marriage on June 27, 2018. She said her husband had turned against her and their children, including a set of twins.

Unfortunately, early this year the couple [Babirye and Sebulime] called it quits after their relationship failed to work out.

Singer Maureen Nantume is married to a one Ronald Muganza.

At the beginning of last year, Muganza was secretly introduced by his ex-wife called Claire, to her parents in Mbarara. He paid dowry of 14 cows.