She and Saga are always glued to each other and seem to be in their own world ( world of 2) behave so much like husband and wife. 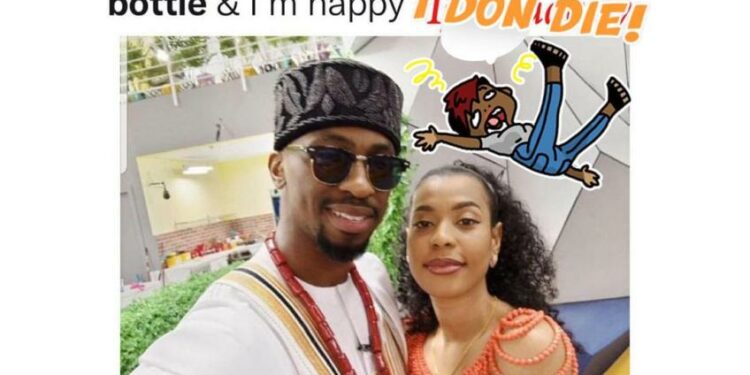 Nini said she was in a serious relationship outside the house which she couldn’t jeopardize in anyway we believed her but whatever she’s doing with Saga communicates otherwise.

She and Saga are always glued to each other and seem to be in their own world ( world of 2) behave so much like husband and wife .

The two spend most of their time in Nini’s bed whether it’s day or night even during their stay in the Head of House room Saga missed a diary session while cuddling half naked with Nini .

According to these two housemates we are all kids who literally understand nothing.
They try to tell convicing stories while kissing and doing stuff under the duvet meanwhile the stories don’t even make sense since Nini is always moaning sexually and breathing sooo fast .

By now I think her outside boyfriend is already irritated and probably moved on , the relationship is already scattered.
So she should stop lying to herself and accept that she subconsciously gave in which is very much expected in Big brothers house .